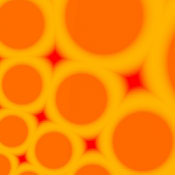 08/27/2015, 01:43 AM
I had my Lasik surgery done at Gotham Lasik Vision with Dr. Bonanni months ago. Never did he once explain that having a Lasik flap leaves you vulnerable to serious and permanent complications because the lasik flap never fully heals. There are many other options you can have besides Lasik, like PRK or Lasek that does not create a corneal flap. The Allegretto wave is not a true custom wave scan laser it is an wavefront, "optimized" laser. I cannot believe he used a Microkeratome on my procedure and the reason why I have so many post lasik issues like very dry eyes and floaters. Since having the surgery a year ago, I have found out by another doctor's evaluation that I still have a decent amount of remaining astigmatism in my right eye. I was still -1.0 under correction in my right eye after surgery. There are lots of side effects like dry eyes and floaters. I am currently having to wear glasses and contacts even after surgery because it was so bad. There is no commitment to 20/20 vision or patient safety at Gothan Lasik and Dr, Bonanni. I wish I had never had the procedure done here.

12/12/2012, 00:22 AM
100% happy and so worth it! Initially I was really scared about Lasik in general. I never knew much about it, but from what I heard it scared me. My friend had Lasik surgery done and she said it was the best thing she has ever done. So I hesitantly visited a few Lasik offices around Manhattan to find out more, get my eyes tested and see prices. Gotham came out TOPS by far!! Other places felt like community hospitals and I was just another patient in line. Sure some of the other lasik offices were a few hundred dollars cheaper, but being my first time doing any surgery like this, I wanted to know I was in really good hands and wanted to feel safe and comfortable. Gotham provided this personalized service for me, so I went with them. Their space is really nice and tranquil. Patients lounge overlooks a large outdoor courtyard and water fountain. The staff is so friendly and welcoming- serving me cucumber water and mini sandwiches. Dr. Bonanni was superb! The procedure was quick and recovery happened overnight for me. What I really appreciated about Gotham Lasik is that they offer 2 years of complimentary follow-ups included with your Lasik procedure, and Manhattan lasik only offers 1 year of this service.

04/12/2012, 01:21 AM
Follow your eyes – I asked my eye doctor where i should go to have lasik done and without hesitation he sent me to Gotham. I am so happy that i decided to follow my doctors suggestion and go to gotham. I was sold befor I left but thought I should check out another place that said their prices were lower. after goign to that second consultation I learned why it was so inexpensive. I would have 4 different doctors and I may only meet with the same doctor once. Their office was aweful in comparison to Gotham's so i quickly left and scheduled my appointment with Dr. Bonanni and his team. He is such a wonderful man and he follows your eyes at no additional cost. Plus you have to love the snacks and drinks in the office. Thank you Dr. Bonanni if you read this! Everyone should at least stop by the office if concidering lasik.. you will be beyond satisfied!
Featured content

04/12/2012, 01:19 AM
Best Eye Surgeon Alive – I cannot believe I was afraid of having this procedure done. As soon as I finished with my consultation a wave of relief came over me. This is because of Dr. Bonanni and his amazing staff. I have been in glasses for all of my adulthood and have been nervrous because every other doctor i have gone to see has either told me I would not be seen by him/her through the entire process or the staff was very unpleasant and could not answer my questions properly. Dr. Bonanni and his staff are very warm and welcoming but still very professional. I will send all my family and friends with vision issues to Gotham Lasik!

04/12/2012, 01:15 AM
Top of the Line – Dr. Bonanni has made this experience such a breeze. I came in for my 5th consultation for the month with a bit of hesitation because every other lasik center i went to was so impersonal. This was not the case for Gotham Lasik. I was greeted by a man at the front desk with a warm smile on his face and every person i came into contact with after was just the same. Dr. Bonanni took the time to answer all of my questions and concerns. he walked me through every step and was there to hold my hand the entire time. I will tell all of my friends with glasses about him and his team. Go to Gotham if you need/want Lasik!!!

B B. on Citysearch

02/02/2012, 00:38 AM
Simply Wonderful – So glad I had my surgery here! I had gone to several other lasik places and came away confused from different opinions and lack of knowledge and abused by the many salespeople. I was pretty amazed after going to Gotham and seeing Dr.Bonanni. Everyone was friendly, professional, and willing to explain all the ins and outs of the different procedures. And thankfully no hard sell ! - just a straightforward approach which I appreciated. There was a delay in their buildout of their new space so I went out to Queens to have the surgery. Fortunately they sent me detailed directions which made getting there easy. My surgery was easy, the staff was professional and I went home to rest. Woke up the next day with such good vision - never had that before even with my glasses. I just had my 1 month follow-up appointment at their new space. Wonderful is an understatement. Soothing, cool, comfortable - a must see! I was happy with my surgery in Queens but can only imagine how it must be like having it in the new space. Couldn't be happier. I sent my two best friends there and they actually thanked me afterward (and they never thank me for anything). 20/15 vision says it all. Love Dr. Bonanni and his staff.

dawn b. on Citysearch

02/01/2012, 00:27 AM
Wish it had gone differently – I was excited to have my lasik surgery with Dr Bonnani. The office was sleek and professional. The salespeople were pushy and not overly knowledgeable (one put in drops to dilate my eyes-- with my contacts still in them). But I was comfortable enough with Dr Bonnani to put down a deposit (after haggling -- not really expected or appreciated that in a dr's office). Gotham Lasik rescheduled my surgery, with little to no explanation, four times in the fall. I finally had to call Dr Bonnani directly to get the scoop, which is that they had to move offices abruptly (something nobody had told me each time they rescheduled my surgery) and that it was taking longer than expected to set up the new space. I finally agree to have the surgery in the temporary space Dr Bonnani was keeping his equipment in in Queens. This was December 1 -- over 3 months from when we started scheduling this procedure. The space is Queens is fine, but definitely not the sleek, professional atmosphere of Bonnani's other office. About a few minutes in, I heard what nobody getting lasik surgery wants -- that the machine was not working properly. I laid there, nervous and cold, for over ten minutes while the technician actually said things like "Did you try turning it on and off?". The ten minutes stretched into an hour and a half. Still, I had every confidence in Bonnani and did not believe he would ever operate if he felt it something was not right. But the whole experience was nerve-wracking and awful -- I was nervous enough going in without that! After almost two hours there waiting for them to "fix" the machine, I decided to reschedule the procedure for when Dr Bonanni was in his permanent space. I was assured that my money would be refunded. Five days after the debacle, I received a charge on my credit card for $450 from Gotham Lasik. I immediately called Dr Bonnani, who assured me that this was a mistake and that the money would be refunded. I talked with Dr Bonanni regularly about this for two months but still the money did not come. Finally today (Feb 6) he learned that there had been an accounting error and now assures me the money will be refunded. This entire process has been frustrating and I wish it would have gone differently.

09/02/2011, 01:16 AM
Dr. B is AMAZING! – This is not a lasik review... just general opthalmology. About a month ago, I woke up one morning with severe pain in my left eye and I knew right away that it was a scratch. I called Dr. B and he accommodated me right away. Once I got to his office, he took me straight back and whatever he did, immediately eased the pain. He gave me sample drops which saved me money at the pharmacy. He was very thorough in my exam and the 5 or so follow-up exams I had until he released me with healthy eyes! As my luck would have it, a stye just came out on my eye. I've had them before and after a few days of warm compresses, they heal on their own. But this one was much different and became so bad yesterday that I knew I needed to see a doctor. Again, I called and he took me right away. I got there and he was very busy but when the receptionist saw the severity of my stye, she told him and he dropped everything to see me immediately. He was also surprised at how bad it was but was he was so calm which really made me feel at ease. He examined it and proceeded to drain it. It was already really painful but he was so gentle. It's only been 24 hours since I saw him and it's already much better. In a nut shell, Dr. Bonanni is professional, brilliant, gentle and down right amazing! I would never go to any other ophthalmologist in NYC! And even though I can not review Dr. B for Lasik, while I was in the waiting room for my follow-up appointments from my scratch, I spoke with many others in the waiting room who were there for their Lasik follow-ups and they all had nothing but amazing things to say about Dr. B, the procedure and the results!