Two friends, John Elway and Tim Schmidt came together to create this restaurant. They put together a menu that's always evolving and a wine list with prices that won't burn a hole in your pocket. The restaurant boasts of serving the freshest food and there is a lot on offer to tickle your palate. The duck tacos, shrimp cocktail, lamb fondue and cured meat board are a must from the range of starters. From the main course, go for the crab fried rice, prime rib, Hawaiian sun fish and steak loaf. The wine list is extensive, with wines from Australia, Argentina, Spain and California waiting to accompany you on your gourmet journey.

11/07/2007, 06:05 AM
We waited and waited for a below average meal – My wife and I went in last weekend for a steak and had to wait forever at the bar (over an hour even though we had reservations). Once we were finally seated the waitstaff was very nice but seemed very disorganized. There were multiple people waiting on us and we had no idea who to ask for another drink. When we did finally get another drink (10minutes later) the menus finally arrived. The steaks were over cooked and the side dishes although large had no flavor and zero presentation. It was simply slapped on a plate and looked and tasted like cafeteria food. As we paid and left no one gave us our coats (I went and got them myself). We will not be back...Majorly over priced for lousy food and service.

11/05/2007, 14:32 PM
DON'T Dress casual!!!! – We are really big Bronco fans and flew out to Denver for a game! We thought it would be really neat to eat at Elways to really round out the whole experience. I wanted to wear my Elway Team Jersey but was sure that I would blend in too much with everyone else there. My husband and I dressed in Broncos T-shirts and jeans expecting to blend in just fine but wanting to show our enthusiasism for the Broncos. We stood out like sore thumbs. Everyone there was dressed very nice. Nobody wore Broncos anytthing. There were tux's and evening gowns, but mostly just very nice dressed people. We had made reservations and our waitress was very nice commenting on what nice t-shirts. We felt so totally out of place. We expected the food to be expensive and it was. What I didn't expect was that if you ordered an expensive steak.... that was all you got unless you ordered a side which cost another six dollars for mashed potatoes. Our food was good but mine was so underdone that I couldn't eat it. I didn't send it back though. We already felt like we didn't belong. I just wanted to make people aware so noone else goes through what we did. We went the night before the Broncos first home game I think that was the only restraunt that I've ever been to in Denver where their wasn't a ton of excitement about the Broncos. We are glad that we experienced this resteraunt once but we won't do it again.

10/05/2007, 14:47 PM
Interesting decor, Very loud environment, Mediocre food, and Below average service – In Denver, good food and service in a place with character is hard to find. Unfortunately it is even harder to find at Elway's. We attended Elway's on late reservations for our wedding anniversary last Friday expecting a 4-star experience, but the experience was less than stellar. We were greeted promptly and seated within 15 minutes of our reservations. During the evening we were never able to figure out who our server was. We were greeted by Tim who asked us if "B" had been by to greet us and bring water. With nothing on our table other than napkins, we said "no" and he promptly left. "B" eventually showed up with water and that was the peak of the service. We started with the Rhode Island Calamari appetizer. The menu promised a lightly breaded calamari tossed with stuffed olives, peppers, and baby corn. What arrived was drenched in oil (apparently a combination of fryer and cheap olive) and virtually flavorless. After being able to flag down "B" we sent the dish back. For the mains my wife ordered the Swordfish and I ordered the Double-cut Pork Chop. As sides we selected the Cremini Mushrooms and the Asparagus. The Swordfish presented poorly, but my wife enjoyed it; the bite she shared with me was reasonable, but heavily spiced and a bit on the dry side. The Chop presented beautifully and was nearly 2 inches thick. The size of the piece of meat is a bit unruly on the plate, so I decided to cut the chop in half along the bones. The first 1/2 was quite tasty, but well done. The second 1/2 had flavor, but was so over done that you had to really work it with the steak knife to hack through it; I gave up 2 bites in. As for the sides, the asparagus was woody and flavorless; the mushrooms were the highlight of the service. During the main course ordeal we would only see Tim and "B" blur by the table with nary a glance at us. With empty-drinks and 1/2 eaten plates we finally flagged down "B" to get our checks. It's 4th and long John.
Featured content

08/20/2007, 13:49 PM
I love this place for steaks and Lobster cocktails – I came here for the steaks, started off with the lobster cocktails. It was delicious. The bread in the beginning is all you need, so take it slow.

08/18/2007, 09:10 AM
Better look like you belong there..... – Well the one time I decided to venture into Elways I was on business in Denver, I decided that I wanted to go out and have a nice meal. As we passed by Cherry Creek mall I noticed Elways and thought it would be a nice change from national chains. I was dressed in a nice oxford shirt and some jeans and my co-worker just the same. We decided to head in and we were seated on the patio. We noticed the manager was standing at the table next to us talking to two lovely ladies. We waited and waited and waited and finally a young waitress said she would be with us shortly. After waiting about 1o minuets total we decided to leave and head over somewhere else. If I am going to spend 50 dollars on a meal I would at least expect to get a drink with in 10 minutes. The manager just stood at the table next to us the whole time talking about how well he knew "John". If you are looking for a good meal with good service GO SOMEWHERE ELSE. The meals are probably great if you ever get served.

08/03/2007, 01:04 AM
Crazy bar, Ok food, wait time was insane... – Elway's is where my brother and sister in law had their rehearsal dinner for their wedding this past June. They had reservations and when we arrived, but we had to wait over an hour to get in. Hanging out in the bar was a wall to wall sea of people, mostly older men and women. Once the back room opened up for us, the service was wonderful. The wait staff was attentive and friendly. My only complaint about dinner was the crab. I don't even want to know how much it cost, but I'm from Seattle, and when you order King crab legs, you expect to get the legs. I got a small portion of them drowning in butter. I had to send them back so I didn't have a coronary attack. The replacement came fairly soon, and was not great. But I do have to say it's a beautiful restaurant, and the wait staff rocked!! 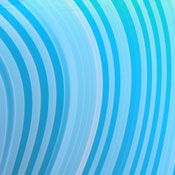 07/31/2007, 04:36 AM
To be seen or to eat -- this is the question – I love the atmosphere at Elways and the service was good -- however, the food was not that great. The baked potatoe had definately been around for awhile - the salad was limp BUT the vegetables (green beans) were great. The sauce - which costs extra - the sauce was really not very good - in fact it was awful. Both my husband and I were feeling a little queasy that evening after dinner and also the next day. I actually think that the dressing on the salad or in my case the Bernaise Sauce was out a little to long. The patrons were beautiful -- BUT -- I think if I want to eat dinner - I'll go somewhere else next time -- BUT if I want to be seen -- well -- there's Elways.

07/05/2007, 06:29 AM
Great Food, Service, and Ambience – Second visit to Elway's and we were again extremely happy with the impeccable service, unpretentious atmosphere. A wonderful place to celebrate our wedding anniversary. We'll be back. Not even a hint of anything bad to say.