07/21/2019, 15:44 PM
Just checked in today, 7/21 for 7 nights at almost $4K dollars. Was told we had a room that had been refurbished. You tell me...does this look refurbished? What a pathetic excuse. Vacation ruined and hasn’t even started yet.
Featured content 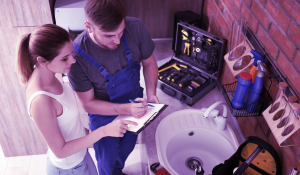 06/19/2019, 01:02 AM
We were originally booked at Hotel Blue with a full ocean view. Because of an issue there (we were told a broken pipe had done water damage to several rooms, including ours) we were put in a room at Crown Reef Resort with a partial ocean view and a waterpark taking up most of the view. This was for our 25th wedding anniversary. The best thing about the place was the wonderful housekeeper we had, a very nice woman named Emma. I could go on about the other problems we had at Crown Reef but it would just fall on deaf ears. We will NEVER stay at an Oceana Resort again.