01/22/2017, 00:12 AM
Took my fiancé for the first time(last valentine they were closed) and the food was great, she enjoyed her food as well. Server will was friendly, management gave a discount for a inconvenience with her meal without asking and it made my experience twice as pleasant. Too full to get desert but I've had it before and never had a bad one! 5 star for me 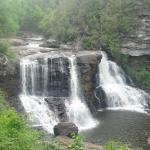 01/21/2017, 04:18 AM
Unforgivable Service We had ordered breakfast online and went to pick up our order and what we experienced was terrible. First, we stood at the front counter for 20 minutes just waiting to be acknowledged. The lady at the counter was just sitting there talking to a man about college classes he was taking while ignoring us the whole time! Then a waitress finally came over and asked if we'd been waited on an we said no. She then kept trying to give us menus while trying to force us to sit down and order. She seemed to be deaf to my husband repeatedly telling her we were there to pick up an order. When she finally listened she kept asking if we'd called in the order and we kept repeating that it was an online order. After, seemingly endless back and forth she decided to check and see if there was an order ready. There were several orders ready for pickup but not ours. And, after almost an hour of irritating and horribly rude service the waitress told us they had no online orders and had the nerve to call my husband a liar!! I was in shock at her behavior and my husband just lost it and stormed out!! It was just unbelievable how we were treated. What a terrible place! We'll never be going there again and will make sure none of our friends ever go there either.

01/10/2017, 02:10 AM
Our food was good. I had the Cali wrap and French onion soup. My sister had French dip roast beef sandwich I think it was called. Good service. Went for lunch. I would definitely go back!

01/07/2017, 00:28 AM
There where two three egg with a side of meat orders and we only got two eggs... We also had a order of French toast that was never even written down. Also no cheese in our eggs as asked. And there where gnats and fruit flies eating with us. When we informed them we where told they didn't know why they where still there and it's winter. So they took $5 off our $90 meal.. WOW... The place also needs to replace there mop.... The food was OK I have had and also made better...