06/14/2019, 09:38 AM
Appreciate the team working to get our job done quickly. Both plumbers Matthew and Bryson were friendly and very professional. Went above and beyond to get the job done. Would recommend to friends and neighbors for plumbing needs.

Thank you Bill! We really appreciate your kind words! You also told me you're happy with the energy savings! Navien tankless water heaters are the way to go!

07/23/2018, 09:16 AM
Custom Plumbing was amazing! They gave us the best deal on replacing a water heater (out of three other companies). They were fast, efficient, and super professional. I would highly recommend them to anyone in the Austin area.

Thanks Molly! We appreciate your business! 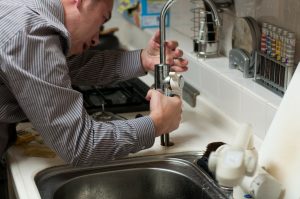 06/14/2018, 02:01 AM
Prompt, efficient, reasonable and knowledgeable! Employees were very professional and mannerly!

Thank you SO MUCH!!!! We appreciate the opportunity to serve our longtime colleagues and friends!

06/05/2018, 05:08 AM
Charles and Matthew came and fixed a leaking sink for me at the last minute right before we left on vacation. They were super helpful and fast and explained everything they were doing thoroughly. Charles even gave me some tips to save money on my gas and electricity bill while I'm out of town. Thanks guys!

Thanks so much Beth! We appreciate the opportunity to serve you!

05/17/2018, 05:41 AM
Had a sewage pipe issue that Bryan and his crew took care of in about 15 minutes. I was impressed with their speed and their professional work ethic. (I also asked Bryan to look at our toilet that was shifting and rocking too easily. He knew I was trying to save some money, so he told me how we could fix it if we wanted to go that route. He said it it turned out to be a broken flange, then they could come back out and get it done.) Barry, the owner, stopped by to check the crew's work, but they were all finished and gone about 5 minutes before he showed up. I asked what he thought about the toilet, and he tightened the bolts to see if that would help. He said we would probably need some soldering work done and lined up Charles for the job the next morning. Charles showed up and was very efficient in installing the new deep flange. He got the entire job done about 20 minutes sooner than expected, and the final rate reflected that, too. Barry came by again to check the progress and seemed very pleased as well. Charles was very courteous and focused. He even sprayed and wiped all of the door knobs and handles he touched. I told him he was sweet, but didn't have to do that. His response was, "Well, we can't get anybody sick." I can't say enough good things about how this small business is run. They do an excellent job and are my go-to for any plumbing jobs we can't do on our own.

04/12/2018, 07:04 AM
The gentlemen who came were courteous and professional . I showed them the problem and within a few minutes they corrected the problem by replacing a part. Awesome experience.

04/10/2018, 03:11 AM
They came and fixed a toilet flange so I can move forward with a bathroom floor project. They are pet friendly and affordable. Very professional.