Since its opening, Wrecking Bar Brewpub has never disappointed its beer-loving patrons. Its casual atmosphere and the wide variety of beers has made it the Best Brewpub of Atlanta for two consecutive years in 2011 and 2012. The warm and knowledgeable staff will help you select the beer to suit your taste buds. You can also opt for a Hot Pastrami Sandwich or a Pan Seared Shrimp to accompany your drink. Every Saturday, the pub hosts brewery tours, in case you wish to watch the making process of your favorite beverage. 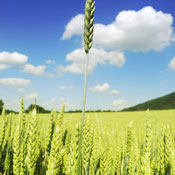 12/13/2012, 02:26 AM
Unhappy! A group of 7 of us were there last night. 5 checks total. Granted that was bit complicated. However, the split of the bill occurred quickly. The issue was my debit card was lost by the wait staff. Due to it being lost, my sub-party of 3 was late to a live performance because I was held up trying to get my debit card back. 1.5 - 2 hours later, I recieved a call the card had, thankfully, been found. Rather than driving 23 miles each way to get the card today as was suggested, I kept my party tied up longer as we drove back to the restaurant near 1030p. I had to wait to get the waitress' attention as the hostess was nowhere to be found. After 4.5 minutes, I finally got the waitress' attention. After another minute of finding where she put it, I was presented my entire bill and she noted I just needed to add the tip to close it out. #1, I should have had a discount or been comped for being late to my show and #2, I should have have had a discount or been comped for having to return to the restaurant and hold my party up from going home. Instead, I was encouraged to tip and left with a bad experience feeling rather than the positive one I had up to the point I tried to pay and leave. Irritating to say the very least.