02/25/2016, 02:27 AM
They are efficient, reasonable and professional. I would highly recommend them to anyone; they got rid of my nasty rodents who were under my house with expediency. 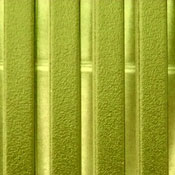 07/02/2012, 13:17 PM
Great Service – WOW!! There should be a pest control just for monster cats, spiders & crazy customers! I used this outstanding company to take care of my rodents and ants on my property. I have small children, 2 dogs & 3 cats. Not only did they insure me that the bait would be placed in safely secure boxes where not only I could get into! but they also eliminated the rodent problem for good by finding the source of the problem! I think anyone who comes back more than once to check on your "pest" problem within that same month.. Great Deal! Highly recommend this company!

03/16/2012, 10:38 AM
Great company with great techs and office personnel! – I had a great experience with this company. I had an ant problem for many years. Called them and the receptionist was very polite and friendly. She scheduled an appointment for that day! That's how bad they were...to me. The technician was very respectful and explained EVERYTHING clearly to me. I have a cat and a dog and was concerned about the spray. He assured me it was all safe. Thank you! Needless to say...the ants went away within a couple days and we haven't seen them since! That was 5 years ago. Thank you Bob & Duff's Pest Control! I would DEFINITELY recommend this company over all.
Featured content

11/22/2011, 03:03 AM
Killed a cat & Horrible Costomer Service – DO NOT use this place!!! We hired them to treat for Rodents and Spiders. The fella (Joe) they sent, sprayed and set bait. I specifically asked, prior to the treatment, if the poisons were dangerous to animals and he stated that it was safe because animals cannot access thier boxes. Their rat poison killed a neighborhood cat. This cat was found dead inched from their box. To make matters worse, Joe refused to dispose of the poisoned cat. I called to complain that the spiders seemed to be worse after 5 days and requested a second spraying. I got attitude from the receptionist. She reluctantly told me that Joe would come back for his second visit early. Joe showed up with an attitude. I asked him to not block my vehicle with his truck as I had errands to run. He mouthed something inaudible as he walked away but reparked. When I returned home approximately 30 minutes later, he was in the process of driving away. I asked him to wait so I could have a word with him and ask what he had accomplished and if and when he would return as I was led to believe he would not be returning. He was visibly angry and hostile. Very sarcastically and in a hostile manner Joe told me he would return later in the month to collect his traps. As he walked away he muttered something under his breath. When I called twice to speak with the owner and complain about my experience, the receptionist refused to connect me with the owner. DO NOT use these people! You will be sorry!