If you are hankering for barbecued meat, Sam Woo is the place for you. Perhaps most famous for its sweet duck, Sam's also sells traditional pork, poultry, beef and noodle dishes. Feeling courageous? Try the pig's blood and intestine hot pot. Journey into Las Vegas' Chinatown for mouth-watering chow mein and wonton soup, but please note that credit cards are not accepted.

02/27/2010, 18:50 PM
Worst Service & Food in my LIFE!!! – This is the worst restaurant I've been to in my ENTIRE LIFE and I've been to LOTS of restaurants. I can't believe they are in business. They should be shut down my the health inspector and the wait staff should all be fired. And what the hell was Zagat thinking when they gave them a good review. ARE THEY SMOKING CRACK? Does say much for Zagat. I will never take another recommendation from Zagat. Obviously they were paid for a good review.

01/31/2010, 08:39 AM
Yuck!! – I had heard a lot about Sam Woo being good, and whenever my husband and I passed by this restaurant, we usually saw it packed with Asian people. So I figured- OKAY!! Lots of Asians, must be good, gotta try the place out. We went one night, and my husband ordered some garlicky pork dish, and I ordered duck noodle soup with vegetables. His dish came within 5 minutes, and I have to say, it was pretty good. Mine took about 15 minutes- hardly a long time. And the first thing that hit me when the plate was set down was the SMELL. It reeked SO BADLY of rotten poultry bone- the duck, the broth, even the spoon smelled horrible. I tried- I mean I really tried- to put the spoon to my lips to drink the soup, and whenever I did, I got nauseous. Even my husband agreed that it really stunk. I knew if I tried any harder, I would've wound up vomiting it up- no sarcasm, it really made me and my husband gag. I have never in my LIFE sent back a dish- never ever ever- but I had to send that one back, I couldn't even get through one sip of the broth. The waiter was, of course, pretty pissed off with me. I explained to him that I meant no disrespect, but that I truly couldn't eat it, that it smelled REALLY bad (I even asked him to smell it, which he didn't), and I'd be happy to order something else. He grumpily brought me another menu, which I looked through and decided to order seafood (I was traumatized by my meat experience). I called our waiter back over, and he immediately said that once I order this dish, I couldn't send it back. After I explained to him that I wasn't in the habit of sending food back, I ordered the seafood dish. He said the portions that particular dish were really big- easily enough for two people- and that I might want to pick something else. I smiled, said I'd take another look, and that was the last I heard from him- he completely ignored us after that, despite my repeated attempts to get him to come take my third and final order. I wound up leaving the restaurant without eating anything. Now, I don't think I was rude or unreasonable. And I wouldn't say the service is overly bad- I have been to many Chinese or Vietnamese restaurants where the waiters aren't overly friendly. I realize that they aren't being rude, it's just the nature of their service industry, it isn't American-style. And I'm fine with that. But THIS particular waiter pissed me off. Is it my fault the food was inedible? I was prepared to order something else, wasn't I? What a big baby he was. We'll NEVER go back. And would I recommend it to anyone else? A resounding NO would be my answer. It's one thing to serve bad food, but don't couple it with bad service too. Plus, the place doesn't seem too sanitary. Look elsewhere.

10/25/2009, 13:46 PM
Fast, Greasy and tasty! – Sam Woo is a nice restaurant that caters to an Asian crowd. The waitstaff is not trained to give the all American Customer Service. You kind of have to be demanding when you want a refill on water or drinks. Don't worry, you won't offend the waitstaff, just don't expect them to notice that you need a refill. They focus on getting you food, hot and flavorful. They have a bbq, this is not the type of BBQ like Lucilles, this is Asian style market BBQ, you can get your duck, your pig, and you can get it chopped up right before you. It's popular because this is the way asians like it. Fast, quick, large enough portions to share with the family. It's also cheap.
Featured content

03/29/2009, 08:34 AM
Scary BBQ-Heads in the window – I live in the Chinatown neighborhood and Sam Woo has been a stand out establishment with several Zagat awards and other raves so I had to give it a try. a small diner in chinatown-a few boothes-small & crowded-kinda dirty-tea kettle was rusty & stained from the person that seated me, to the busboy, to the waiter, to the cashier-nobody spoke any english-i ordered #13 & food came instantly-had to find cashier to get check to pay & leave no attentive or friendly at all-seemed a little challenged if you know what i mean!! worse service than a buffett this place has a wall full of zagat & best of... awards?? how?? well i think i got what i ordered the menu said #13 bbq pork spare ribs i got them intantly-before my drink!! they were chopped int bits with lots of bone & grissle clearly visible it was hard & bony -no bbq flavor-very greasy & salty my jaw started hurting from having to chew so much after just a few pieces-i had to get the last piece out of my mouth fast!! i have had 10x better ribs off the worst buffet truly disappointing!! i noticed a lot of people were getting soup & noodles??! not your typical bbq i'd say what is a chinese dessert?? anybody. from the strange things hanging in the window to the terrible food & service. don't waste your time & money. $10 buffet anywhere is better

06/02/2008, 15:19 PM
depends who you ask I've heard many a different perspective on Sam Woo but to me it's always been a pretty good place to eat. I'd recommend the pork/chicken meals and the duck. It's true service can be slow sometimes but my experience there was just fine (though if it's busy you can expect your orders to be at your table slower). Overall I'd say give it a try if you want something quick for lunch (assuming you call in your order ahead of time to pick up). It's also Las Vegas so either you're going to go to some high class fancy restaurant on the strip or go find something outside of it.

03/24/2008, 18:21 PM
worst place to go – for those of you who want "bad" service and poor value, this is the place to go. I have never seen worse service from a restaurant in my life. And I have been to a few. There was not one staff member that had a smile. We were greeted by a pathetically motivated lady. Then to be ignored by the waiters. I "DO NOT" recommend anyone to this place. Take your money somewhere else where you will be much much happier. 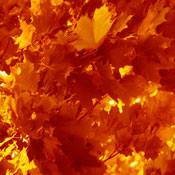 12/29/2007, 15:08 PM
Tasty food, always crowded – I've eaten there and have just gotten food to go. I like the BBQ Pork and Roasted Duck, both are very tasty. I've had a few other items there that were pretty good, above average. The person I was with had a seafood mix dish that liked it, I tasted it but thought it was bland. I'm not big on seafood anyways. The place is usually pretty crowded every time I'm there, the majority of staff does not speak English well if at all and they only accept cash. This place is worth a shot, it surely beats a lot of the other Chinese restaurants in that area.

04/02/2007, 06:08 AM
Awesome Duck! – I've yet to have a bad experience here. I really love the food, especially the combo bbq plate. The duck is really out of this world! And the shrimp with walnuts is really good too. As soon as you sit you get a teapot of jasmine tea, you don't even have to ask for it. My husband and I look forward to eating here. We haven't been to any other places in Chinatown (except Kung Fu which we walked out on) so I really can't tell you if it is the best place to eat in Chinatown, but it is pretty darn good as far as I am concerned!

07/19/2006, 14:42 PM
To be closed or not to be? – Decent food, however on my most recent attempt to eat there last weekend it was closed! We later found out by asking an employee at next door 99 market that the Health district closed them for I guessing excessive violations. This is not the first time I've heard this rumor for Sam Woo? What's the problem, and is it safe for us?