On Point Off Performance and Off Road

Top Business Services in your area

The Law Office of Bret A Royle

Specialties Whether you have an off-road lifestyle or just need a comfortable dependable ride for the bumpy roads you drive daily, we can build your vehicle to outperform what you think is possible. With an online shop carrying all the parts you need, plus a shop with the best mechanics in the business, STRAPT is your premier source for Suspension Tuning, Diesel Performance parts and accessories. Check out our website to see our inventory, or give us a call if you're looking for something special. History Established in 2011. Strapt Performance was established by off road enthusiasts with a passion for horsepower and well developed suspension systems. As a web based business it wasn't long b

08/27/2019, 17:00 PM
Joe is amazing and knowledgable person. I drove up from Tucson, just to get new Icon control arms, Bilstein shocks, springs, struts done on my 2016 Ford F150. He was most reasonable on price and knew what he was doing. A lot of the local shops in Tucson gave me much higher quotes and contradicting information regarding the install so I went with Joe and I'm happy I did. Really recommend him!

08/24/2019, 05:29 AM
Wanted to squeeze out a little more performance out of my jeep & have the cooling fans kick on sooner. A good friend of mine recomemded Joe for a computer tune. Not only did I actually feel a difference in power / responsiveness, he set the fans to come on @ 185° & on high. Zero issues this summer with engine temps. I would recommend anyone with a 3.8 to have Joe’s performance tune done. Night and day difference. 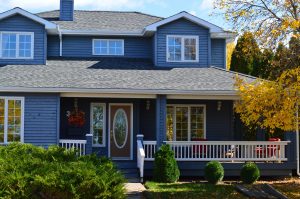 07/23/2019, 01:56 AM
Joe had my 2009 Jeep JK and pretty much redid the front end. Work was perfect. He even paint marked all the bolts. I supplied the parts he requested so I was able to save a few bucks. His post-repair customer service is very good. I highly recommend him.

07/09/2019, 02:09 AM
My jeep was dangerous to drive. My girlfriend was afraid to drive it or even ride in it. That’s how scary it was to drive my jeep. I brought it to local alignment shop and things only got worse. Finally I heard from my friends about Joe @ On point performance, and off road. Made an appointment. I Was impressed how knowledgeable he is about jeeps. It’s truly in his blood. He quickly diagnosed the problem with my jeep and it was a disaster. My entire lift kit was installed upside down and backwards. It’s a long story but it’s true. Anyways I am 100% satisfied and my jeep is done and drives perfectly straight. Something that other alignment shops said could never happen. I dropped my jeep off on a Monday morning and pick it up Tuesday the very next day at 3:30 PM finished. Joe is very easy to talk to and he is not trying to sell you something you don’t want to buy. His shop is extremely clean and I noticed he only has one jeep inside his shop at a time. It means he puts 100% of his knowledge and effort into your jeep when it’s there. Thank you Joe for fixing my jeep and I will soon be bringing my Girlfriends Rubicon in there as well.

06/27/2019, 03:12 AM
Great job replacing my blower motor so my truck has air again! Highly recommend going here for any repairs/issues with your vehicle

03/06/2019, 04:23 AM
Fantastic company to do business with! Joe was very knowledgeable and truly a pleasure to work with. I absolutely recommend On Point for anything off-road related! Thanks again for the pleasant experience and quick turnaround!

03/01/2019, 09:36 AM
Been to several shops trying to get my jeep to go down the road pretty dangerously. Have gone to several shops, none of them helped the problems but charged me over $3000 over the past 5-6 years. On Point was recommended and I took it there. Joe actually listened closely to me (I never had anyone else do that in a shop), and told me his plan (he never told me what was wrong or what he was going to do - like everyone else does). He told me he would start checking on a few thing and would call me before he did any work. He even told me I could pick it up in a day and a half. He called me an hour before he told be and I was TOTALLY shocked when I test drove it. Awesome ride, straight, smooth, and felt like it did when I bought it in '06. He does most all of the work himself, taking pride and responsibilty in his ability to perform the job right. Check for yourself! Thanks Joe!!!!