Specializing in home and building inspection, structural inspections, radon testing and moisture investigations as a 10 year certified Infrared Thermal Imaging Thermographer. Our qualifications, thoroughness and professionalism separate us from the average home inspector. But, you decide. No inspector is alike. There are no set standards or requirements for home inspectors in Colorado. Know your Inspector, know your home. Visit our web site for a simple comparative guide and worksheet to qualify, compare and choose the best inspector for your needs.

05/29/2018, 11:40 AM
We had Jon inspect a house we are hoping to purchase (currently under contract) this past weekend. I had contacted a few inspectors, and out of the few that could work in our time frame, we went with Jon. I went with him for his competitive pricing and amazing reviews. He was great for working with our schedule (we wanted the inspection ending around 5:30 PM so we could make it after work and go over everything with him). He came earlier in the week to the home and set up the radon detector, and left thorough instructions and information for the sellers. The sellers didn't move anything in their garage like we had hoped, so he had a hard time moving around in the garage BUT was so nice and understanding and never complained once. The sellers also had their dogs outside during the inspection that barked every time anyone went outside, and Jon was totally fine with that. He was great at explaining how big or small problems he noticed were, and some options for how we could maybe fix them. He went in the crawl space, attic, basement, front yard, backyard, looked at the shed, deck, everything in the house. We are purchasing our first home and are using a VA loan, so having a thorough and understanding inspector was so important. I will recommend him to all future friends & family, and use him anytime we need an inspector in the future. He did a really thorough inspection, took tons of pictures, and sent us an awesome 70 page report within 48 hours on a Holiday weekend. He had easy methods of payments, card/cash/check, and sent me an electronic receipt. He also was super nice to communicate with over email!

02/10/2018, 06:52 AM
Be Afraid, Be Very Afraid. I got to learn how some buyers above-market offers on multiple units to "win" the contract, pick the one house they really want, and use home inspections to badger the price down and/or kill the deal. My real estate agent told me this guy's "known" among area realtors as a "hired gun" to kill real estate deals. That's hearsay, but it's certainly what was accomplished. Inspected my house, filled out 75 pages worth of "concerns". Where he didn't know something, he speculated and made up the worst possible scenario. Cases in point: 1. Said the front window was broken and was a safety issue. The entry window is a SOLID, UNBROKEN, glass window. 2. Said the HVAC system **didn't meet code** and **implied** it was not permitted. Didn't bother to check, just made the assumption. It was installed in 2010, fully inspected, found to code, and permitted - This was absolutely required for energy efficiency rebates at the time (for which it qualified). Pulled all records from the city to prove him wrong. He never bothered to check - just speculated a worst-case scenario to stoke the buyer. 3. The buyer claims he told them the hot water heater was 'about to explode'. He told this to the buyers, and documented "serious concerns" about the water heater. It's 11 months old. I had the installer come back out and re-certify the installation. I then had to have a second plumber come and back-up the first installer's inspection, at great cost, because the buyer demanded thousands of dollars reduction in price or a full replacement of the NEW water heater. 4. Questions about finish work in the basement - didn't know, so he implied it was all not permitted and not to code, even though he couldn't list specifics. Pure speculation without an ounce of verification. 5. Complained about not enough light switches. claimed outside lights cannot be turned off. Not a code issue, just a personal preference. Didn't even ask why - if he did he'd learn they're wired to a dusk-to-dawn system and are required by the HOA for all patios for safety/insurance. They have light switches, he just didn't find them because the switch is centrally located for dusk-to-dawn patio lighting that wraps the patio around the house. 6. Window well has no plexiglass cover. Called that a dangerous fall hazard. Again, no code to cite, just a personal opinion. It was one window well of four, and the other three all have covers. This one finally got old enough to disintegrate, and I hadn't replaced it before listing. **factored into the price of the home** 7. Criticized high water pressure on house, calling it a safety concern. Again, TWO plumbers came out and certified it as IN CODE. I do have to say, he did find absolutely every single real defect in the house, no matter how trivial. 75 pages worth of inspection complaints, including things as trivial as an outlet cover that was mounted "crooked", florescent lights that take "a long time" to come on (mounted next to A/C ducting - it's a cold spot) and roughed-in wiring in the garage he didn't like (not yet connected to the electrical box; it's a remodel-in-progress). Where he could cite code specifics, he cited 2017 current standards, acting like that's a requirement - no allowance for the fact the house is forty-three years old, and some of the items met legacy code. The buyers started sniping and making new demands every three or four hours for fixes that had to be done within a week and/or price reductions. After scrambling to gather all code inspection paperwork, warranty certifications, and extra inspections and maintenance exercises by multiple plumbers, HVAC installers and other contractors, it became obvious the buyer wanted out of the deal and would never accept anything I provided. So, I told my realtor to tell the buyer to pound sand. Of course this is hearsay, but my realtor told me she had gossip the buyer rigged four houses under contract, then sank three deals. 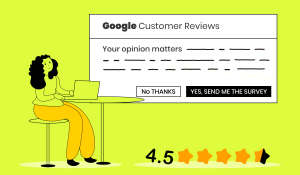