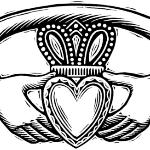 03/15/2013, 19:17 PM
El Patio - Not The Frozen Dinners (I think) I had been wanting to try this place since it converted from Tio's and was hoping to find a culinary turnaround. Unfortunately Tio's was never a favorite due to their less than memorable food. This place has a good location on Bandera with a great patio deck, lots of shade, and lots of potential . Went inside at high noon for lunch and the place was deserted except for two other tables. Sat down after brushing away the crumbs from my chair. Incoming! The petite little waitress had spotted me (rather hard to miss in a relatively empty room) and brought me the usual basket of chips and two dipping sauces; salsa cruda in which I think I detected a little vinegar rather than lime juice, and queso that was simple and, well, cheesy. Ordered #8 from the luncheon menu which has one of the most inexpensive repertoire of specials that I have seen. Only $4.99!! In short shrift I had a plate of chicken enchiladas and a warmer with tortillas sitting in front of me. Nothing left to do but dig in. Oops! Can't forget the food photos. Snapped a few with the manager looking on. He was emoting a "stop that" grimace on his face so I did. Had enough pics anyway. I took a bite of the enchiladas and was confused just what it was that I had bitten into. First I tasted the verde sauce with such tomatillo pucker power it could shrivel a bumper hitch (and I know what good verde sauce tastes like), then a cloyingly floral note like the faint smell of the cherry bombs used in nite club bathrooms (didn't want to dwell on that thought but couldn't figure this one out), then finally the chicken which was tasty shredded white meat. Wow! What a flavor kaleidoscope! Where's my Coke?! Took a while to get my taste buds unscrambled for the next bite. The rice was spiked with intense seasoning as well. But the seasoning was salt and lots of it. Left me reaching for my Coke again. O.K., the beans. They tasted just fine though they did not have much flavor after experiencing that merry-go-round of tastes. I was able to get most of the sauce off my enchiladas, eschewed further rice consumption, and put my beans along with some queso on the so so flour tortillas. Se finis. I guzzled the rest of my coke and thought about the bizarreness of what I just ate. I suppose I might give this place another try, but I may need a shot of kava to numb my tongue before I go again.