Top Automotive in your area

Pull & Save Self Service

07/13/2014, 04:27 AM
My 2007 Chrysler Sebring was stuck in park and would not allow me to shift. After further research I realized that this was caused by a malfunction in the shifter on a piece that Chrysler had recalled. I made an appointment with Barton Chrysler to have this fixed for me. I was expecting to leave Chrysler with a working vehicle and a free fix as it was recalled. However, this was not the case. I was informed by my service advisor Scott K. that the recalled part was not my issue. He proceeded to tell me that it had looked like someone had spilled a sticky drink in my shifter and that it must have caused it to short out. He said this happens all the time. Unfortunately, I would need to buy a new shifter and it would run me over $400. Later that evening, I removed the center console and took a look for myself. I was shocked when I realized that it wasn’t sticky and that clearly the recalled part had broken and released a tension spring. I fixed my shifter for $0 myself but was told by Scott that the fix would be over $400. I was surprised that someone could speak so kindly and politely but with such utter dishonesty. 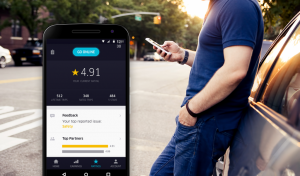