Top Real Estate in your area

Welcome to Alabama Coastal Rentals, your source for clean, well-maintained rentals in Mobile and Baldwin counties. We manage hundreds of single family homes and condos throughout the area. At any time, we may have 20 or so available for lease. However, our current inventory sometimes changes daily with new properties being added to our management program. Please check this site often while looking for a home.

07/12/2019, 04:27 AM
I've rented my place at Sea Cliff through Alabama Coastal Rentals for nearly a year and have always had a pleasant experience with them. Ginger and Jessica are super friendly and quick to respond to any issues that come up.

02/12/2019, 20:33 PM
They have successfully turned 158 Windsor Drive into the eyesore & nuisance of the block. It’s like living near a cheap apartment complex. The last tenant was running a massage parlor out of the living room. Now we have bachelor party pad with subwoofers constantly thumping.

09/11/2018, 17:00 PM
Rented a house in Summerdale from Alabama coastal rentals for over 4 years, if ever there was a problem in the house it was handled usually the same day..everytime I called people were friendly and helpful . when I bought my own place and had to move,i want to give a special shout out to Andrea and Ginger who helped me through all the loose ends of moving out and I can not thank them enough, they were great......you can not go wrong renting any place from Alabama Coastal Rentals 5 stars plus... A+A+A+A+A+ 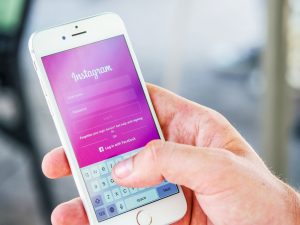 11/30/2015, 06:54 AM
First experience with them was when they were talking about other tenants with prospective tenements. They happened to be friends of ours. Before we moved in, they did not touch the house. Ginger was rude the entire time we lived there. Btw the only 4 star review of their business is from her. We moved and left the house in better condition than when we moved in and a month later still have not received our deposit back. When I called about it, even ruder than before. Their representative did not show up for the scheduled walk through, then said we left things undone. Aside from Andrea, they all seem to be rude, dishonest and unprofessional.