Affordable Electric is an honest, reliable electrical contractor serving the Twin Cities, MN, area. Need a master electrician to install new wiring? We will meet and exceed your expectations! We offer a full range of electrical services for homes, commercial buildings and industrial installations.If you need any kind of electrical work done, we're here to help. We can rewire your home or make repairs on older work. New construction wiring is our specialty! No job is too small, and we guarantee that the work will be finished on time. Our services include: Receptacle and switch replacements New wiring for hot tubs, AC units and large appliances Service upgrades Remodels and repairs Rewiring Br

09/18/2020, 09:25 AM
I do not recommend working there if you plan on getting your full wages. And certainly not if you are a woman of color. This is a unsafe, unhappy work place. The boss brings her child into the work place and verbally abuses him, laughs at him. They will clock you out manually because they do not want to pay over time. And they will give you a pay check and say you worked over 40 hours but they will decide if you get paid over time for all of your hours. I attached a paystub I worked 48 hours and got paid for 3 hours time and a half repeatedly. I got fired for bringing this to there attention. And nick Davis and Theresa Milligan (now Theresa Davis and NO they aren’t married! She changed her own last name) insanity! I got fired when I started to ask to many questions about my pay. They did admit to making a “management” decision to clocking me out with out my knowledge. Because Theresa Milligan says she can, because she is HR. She also made me fill out fake reviews on the clock and change the name on my account. I have attached a copy of one of many fake reviews and also my paystub
Business Response:

“Affordable Electric wishes Rachel all the best in her future endeavors. She worked for us for a short time, but it quickly became clear that we were not a good fit for each other and we’ve parted ways. We are an equal opportunity employer very proud of our working conditions and environment. We’re currently seeking qualified candidates for an office support position as well as openings for electricians and other field support positions. Contact us if you’re interested.”

08/04/2020, 04:43 AM
Scheduled appointment. Got a call the evening before to reschedule. Was told that they needed to move the time up, but they would call back in 5 minutes. Called back almost an hour later. My fault in that I accepted the reschedule, but I needed the work done fairly quickly. Was told that they would call before arriving- they didn't. Came when I was not home and spoke with my adult son. Wanted work done on exterior lights (no power). The electrician flipped the breaker off and on and said that there seems to be power through the box (no kidding). I told them on the phone that I had tested the wiring to the lighting fixture with my circuit tester and the wire had no power. He suggested to my son that I could do that to tell if there was power to the light. Again, no kidding. Didn't even look at the exterior fixtures at all. Instead of deducing the problem and giving me an estimate for the work, they told my son that they would have to start charging the hourly rate to figure it out, but were not really sure when that rate would actually start- when would the hour begin? Paid $65 for him to flip the breaker switch, stand around for 10 minutes, not figure out a darn thing. He arrived at about 10:05 am, and my card was charged by 10:24. Have called to complain and get some resolution- calls have not been returned. I'm sure that if I wanted to give them more money, they'll call back. Scam artists who took money from me for nothing in return.
Featured content 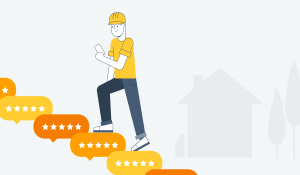 04/15/2020, 04:27 AM
Stand behind their work. Not to charge another $150 to come back to investigate why the electrical job they did originally did not fix the problem.
Business Response:

I believe there has been a misunderstanding of what was said on the phone. We do stand behind our work and would gladly come back out with no trip charge.

Thank you for your business.

02/10/2020, 10:23 AM
Nathan R. did an awesome job on a 2nd floor, outside lighting repair project for our church. He was quick, efficient and very understanding of our questions as he was working. I would definitely recommend Affordable Electric to anyone!
Business Response:

Thank you for your business and review.