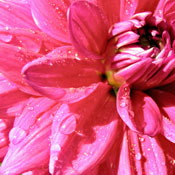 04/13/2012, 07:05 AM
Poor Quality – Hired Perfect Touch Painting to refinish my deck and was extremely disappointed in the quality of work. Giving him one star because he did show up on time and bid a fair price. However, a fair bid is only fair if you are happy with the job. This is a pretty large deck and he did the job in under 7 hours. The deck looks pretty much the same as it did before. When I told the owner I was unhappy with the job he argued with me about it instead of asking what we could do to improve the situation. I will never use this contractor again!
Featured content