9 people are looking at this business 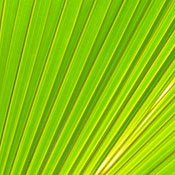 10/20/2012, 09:23 AM
*Update* About a week or so after they declined to give me a refund, they changed their minds and gave the full amount back. I have to give them credit owning up for their mistakes. Thus I am neutral on the store. *Original* Avoid Avoid Avoid I brought in my vehicle at the Jiffy Lube Service Center #199 in Chicago, IL on August 26 for service. I requested that my transmission fluid and radiator coolant be changed. Everyone was really nice, cordial and respectful. To the best of my knowledge, I never brought my car to this station before and I thought this was a pleasant experience. Unfortunately the services performed were extremely poor. When I left Jiffy Lube I went home and checked the fluid levels as I always do after bringing my car in for service (my old mechanic from a different state used to show me what they did before I would leave, which was nice). I noticed that both the coolant and the transmission fluid were both overfilled. I brought it back the next day and told them about the situation. Even though they were a different group of guys, they were all very respectful like the crew from the previous day and stated they would look into it. After about 10 minutes they stated that the fluid was overfilled and they corrected it. I thought great, no big deal. So I drove away, but before getting too far I stopped my car to verify their work. They did indeed remove coolant and they brought it down to the appropriate level, but they did not remove fluid from the overfilled transmission. I could not bring it back because I had to travel out of state that day. Sometime into my trip, I was on a highway in Indiana where the speed limit is 70 miles per hour. Around the time I reached that speed I saw smoke come out from under my hood and from my fans inside my car. I pulled over immediately and lifted the hood to find that the transmission fluid had gushed out from the dipstick area and all over the engine, and when I looked on the floor there was a big puddle of transmission fluid. I let my car cool down a little and continued to drive to my destination hoping for the best. I made it to my destination ok. Afterwards, that same night, I preceded to contact Jiffy Lube through the main website and through an email an employee of the Jiffy Lube contacted me and asked me to call him. I did. He was apologetic and offered me a free oil change and a refund for the service. I told him I had to think about it and possibly take it to another mechanic because I was concerned about damage done to the vehicle. A couple weeks later, after driving the car, I thought that it was ok even though the fluid level was still over (it was not grossly over as it was before -probably because fluid gushed out-). I emailed the employee and told him if he refunded for the service (like he had offered) we could resolve the matter (I also offered to take my car to an independent mechanic). He contacted me back and stated that he no longer was offering the refund. His basis was that his store surveillance tapes showed him verifying the levels. Which to me is non-sense. For one thing, I asked for a copy of the tapes and the employee stated they no longer had it. Second, the reason I brought my car back to the shop the day after the initial service was that the fluids were overfilled. Like I mentioned before they removed the overfilled radiator fluid the next day and apologized for their mistake. If the employees were are all about verifying fluid levels then that mistake would have not occurred in the first place. Thus in my opinion the surveillance tape argument actually works in my favor, because it shows that they did a sloppy job during the initial service and that they had to correct it the next day. But they only partially corrected it by neglecting the overfilled transmission fluid. Anyways in short avoid this place at all cost