08/26/2020, 04:31 AM
A huge Thumbs-Up to Dr. Roman Kniter and the entire staff at Encino Smile Center. My wife has been seeing him for years and she loves the place.They offers first-rate, state-of-the-art dentistry with a loving, family atmosphere. His technical skill is matched by their ability to listen to their patients and work with them to achieve great results. I became a patient recently when I broke an old filling and lost nearly all of the tooth. I was sure I’d need an extraction and implant but Dr. Kniter saved the tooth! Without reservation, we both highly recommend him and the team at Encino Smile Center.

06/19/2020, 15:32 PM
I just left the office and am still shaking after by far the worst experience I've ever had in a medical office. It all began last year when I was experiencing pain in one of my teeth, a tooth that had been bothering me for quite some time. I went to Encino Smile Design because they were recommended by my neighborhood app., and I needed someone who could see me after hours. I was initially very impressed with the office and the fact that they had high-end technology and I could actually view my x-rays on a tv, which I had never experienced before. And sure enough, after taking x-rays, Dr. Kniter pointed to a beige circle that was clear on the x-ray and directly under my tooth, and told me it was a, "pocket of infection." He treated me with antibiotics, which did help, and sent me to an endodontist for a 2nd opinion. The endodontist did not (interestingly...), did not see an infection, but said that the tooth was cracked and would indeed neeed to be pulled. Upon returning to Dr. Kniter's office, I was told I would need a bridge or an implant, both of which were extremely expensive. I told them I would have to go with the cheaper option, the bridge and they said they would do the implant for the same price as a bridge. In the end, however, I spent close to 5k! They didn't bother to tell me that there was an additional cost for the crown, which was not included in the initial quote. But believe me, that was only the beginning... The actual procedure for the dental implant was by far the most painful experience I've ever experienced in my life! I was black and blue for weeks afterwards and imagine my Horror when Dr. Kniter did another x-ray weeks later and the same, "circle of infection..." was still on the x-ray!!! I confronted him and he suddenly hemmed and hawed and pointed to the black in the background (the same black that is in the background of EVERY SINGLE X-RAY) and told me that this was the infection. Later he said he wasn't sure, but he sure didn't sound uncertain on our first appointment, which is what I based my decision on of whether or not to remove the tooth. Today, month's after the implant was done, I went back to see Dr. Kniter because the tooth is STILL BOTHERING ME!!! He literally tried to trick me by pointing to another tooth and asking me if that was the one and when I told him I didn't appreciate the way I was being treated and repeated the events that took place from the very beginning, "Dr." Kniter began to shout at me and scream, "Nobody talks to me like this in my office.' I was sincerely frightened and after removing the implant and claiming he saw, "Nothing", I left his office shaking, still in pain, now in debt more than 4K, but absolutely certain that I will NEVER step foot in his office again. Dangerous man with a VIOLENT TEMPER, clearly not a clue what he's doing, desperate for your money. STAY AWAY!!!! P.S. It's probably no accident that they had me sign many waivers before the dental implant "surgery" was done...

06/14/2020, 05:45 AM
We were referred by a coworker after a terrible experience with a local dentist. Long story short my husband ended up with a horrible infection and had to be hospitalized. Dr. Knitter handled his aftercare and was able to address other issues and stay ahead of any potential issues. He has handled my whole families dental needs with professionalism, care and attention. He knows his stuff and we make the 53 mile drive because he is the only one we trust! We love the Encino smile team! Highly recommend to anyone!
Business Response:

Thank you Marisa. For you to make this long drive, just to see us, is a huge compliment in itself! 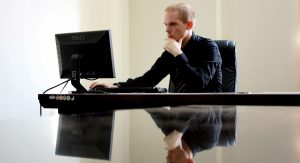 10/04/2019, 02:51 AM
This is a fantastic Dentist office. I highly recommend Dr Kniter, who goes by Roman. He is highly skilled technically, and Roman is also such a sweet man, humble and polite, and he loves to talk to his patients. I do not feel like a number here in this office. The staff is excellent. I have deep pockets so I require deep cleanings with injections and the hygienist here are awesome and I feel no pain or discomfort. You will be grateful if you come here to see Dr Kniter (Roman). 5 stars

08/28/2019, 20:17 PM
An excellent family dentistry that treats you like real family. I had a lot of work done by Dr. Kniter Along the years: from bone grafting to implants and many crowns...etc. The entire staff is excellent, very caring and very friendly. I recently replaced 7 crowns and a night guard with Dr. Kniter, and did a cleaning service with hygienist Azi. I couldn’t be more satisfied and more happier. I highly recommend Encino Smile Design dentistry.

08/28/2019, 06:29 AM
Great service and friendly staff! Just finished a cleaning and took along three of my kids for cleanings as well. They were efficient and answered all of my questions. Clean facility and the head dentist is super knowledgeable and has been in the business for many years. Family run so definitely feel the love.

08/24/2019, 08:59 AM
We've been driving 25 miles to this office and it definitely worth it. The stuff is nice and it feels like family. The service they provide is good quality and very reasonable. They don't recommend unnecessary procedures like some other dentists. The doctor is very good and knows his trade.

10/19/2016, 05:15 AM
I've been coming to Encino Smile Design for over 8 years, and Dr. Roman Kniter is the best. Very caring, Knowledgeable and Experienced. I don't mind driving to Encino from Santa Clarita, well worth it. The office staff are also very accommodating, friendly and professional. The only practice I could trust with my dental care. (And I'm a teeth person - the first thing I notice when I meet someone)