Helping you with your garage door needs since 2003. We install new garage doors and openers as well as repairing existing ones. Family owned in Fort Worth. We service Ft Worth and surrounding cities. Always free estimates.

01/18/2012, 08:34 AM
SUPERB CUSTOMER SERVICE! – I contacted Mike after finding his information on the web. He was very professional and informative in helping us replace a broken garage door spring. Mike was able to service our home the same day. He was finished in less than 45 minutes and the door has worked flawlessly since. I am very satisfied with the overall experience and will be recommending Cowtown Door to everyone from now on!!

11/14/2010, 01:56 AM
Couldn't be happier! – When we bought our 1972 built fixer-up house it had the classic 2-door garage with the center support. How people pulled their big old cars in such a narrow side-to-side space is beyond me. Our garage doors were busted, the rails bent and neither would stay open or really even close all the way. It was on our huge list of to-do's on the house, but as one of the more costly fixes it was further down. I found Cowtown Door Company on the web. Called the number (on a Sunday). Expected to get a call the next day. Mike, the owner, called me within 5-minutes. I told him what I wanted and he quoted me a price. A couple days later he was at my house installing a new single garage door to replace my old doubles. Mike went the extra-mile to frame-up a sturdy header to support the single door and replaced my old rails. He was able to use my existing garage door opener and wired it up to the new install. Took him the better part of the day to do the work. It's over a year later and seriously, hardly a day goes by that I am not thankful for the great work that Mike did. The wife and I both get to park our cars in the garage, the door looks great and it has worked flawlessly since Mike did the install. I highly recommend Cowtown Door Company. Great work. Fair price. Good people.
Featured content 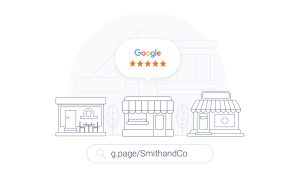