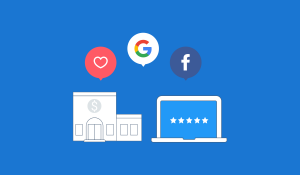 03/22/2008, 02:54 AM
Check your gas cap ... every time or get billed $300+ for your mechanic to tighten it for you! – Oakland Auto Works has taken care of my last three cars; for many years. I have always had totally great experiences with them, except once, which really disapponted me. Last year, as I started my engine, the yellow engine-shaped light came on. Looking it up in the owner's manual the light goes on when there is trouble with the full functionality of the engine - that's all it said. Worried my car was on its last leg, I hurriedly took it into OAW for an urgent checkup. When I returned to pick it up, I was handed a bill for over $300. I was told that the car was run through Honda's computer system to localize the problem. You know what it was? I asked why I was being billed so much, just to learn my gas cap wasn't on tightly enough (you need to screw it on until you hear at least 3 clicks, to avoid releasing of gas vapors, etc.). They told me that that is the way the computer works: it starts at the more difficult problems and works its way out. Why not just check the gas cap first, I asked. It's such an easy mistake to make, and so quick to diagnose and fix - maybe for $50. That's just the way it was, and I was told there was nothing I could do about it. This is the first time I ever had a problem with OAW, and I was very disappointed.

05/11/2007, 04:49 AM
Editorial Review – Since 1991, the auto repair shop has provided honest and thorough car maintenance and provides diamond certified mechanics.

01/30/2007, 00:31 AM
Responsible and Trustworthy – Oakland Auto Works has been taking care of my car for years, and all I've ever had to do to take care of it is the regular service visits. In other words, they do a great job! Also, they're very good at explaining what they've done to non-mechanics.

08/14/2005, 01:11 AM
Honest and Dependable You really get the impression that these people are looking out for your best interest. The staff is friendly and accommodating. They work on all major Japanese cars.