Master Pool and Spa is "Minnesota's Largest Pool and Spa Showroom" Specifically focusing on and providing the best custom built pools of all sizes at the highest quality and great portable spas. Our goal is to give you as much variety as possible and set ourselves apart from the competition. We are your full service "turn key" solution to pools and spas and all of their amenities. Simply the best in our field, we are proud to display the evidence of our success. Our showroom has on display the full line of Master Spas Hot Tubs ranging in color, size, and complexity to fit each customer's individual needs.

02/03/2020, 17:19 PM
I purchased a hot tub from Master Pool and Spa and the heater went out with in 6 months. It was covered under warranty but, I still was charged $90 for labor by their service department. The service department was horrible with communication and left a space heater running in my cabinet and closed it back up. When I asked the service manager and sales manager to have someone return to remove it from the cabinet, they both told me to “do it myself or just unplug it and leave the cord hanging out”. They were very rude and they do not care about what the customer thinks here. I would never buy another hot tub from Master Pool and Spa.

07/12/2019, 11:31 AM
We purchased our Trainer12 HSX back in March 2019. It was delivered in May. Steve and Tim were the salespeople that helped us. We got great show pricing. They were “no pressure” and professional, and the entire process went according to plan. Even the delivery guys were very helpful as we had it installed in our garage. MasterSpas exceeded our expectations and we are thrilled with our purchase! My wife uses it twice a day for her water therapy and I use it every evening for relaxation and swimming exercise. We had some operational questions and called customer service twice. We got right through to a tech both times. They were knowledgeable and patient with our questions. We would recommend MasterSpas and their products to anybody!

04/15/2019, 01:31 AM
My husband and I were very pleased with the customer service we received from Dallas in Wayzata, Mn. He took the time to go over everything and I have had no problems with the spa. I'm still working on getting the chemicals so they are right on but that is an ongoing issue for me. I would highly recommend the spa to any of my family and friends. I use it for joint and muscle issues and relaxing.
Featured content 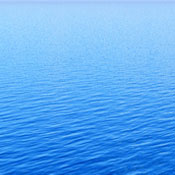 08/23/2013, 02:50 AM
Great Experience. – We purchased our MasterSpa from the Spa pool & BBQ show and we have loved every moment having it, easy delivery, setup, and they have been extremely helpful since. they have our recommendation!

07/05/2013, 06:26 AM
This company puts on scam shows around the country. This address is listed on their "spa show" website. They deceive people into thinking that multiple manufacturers are represented. They won't service the product after the sale. They tell people it's $25k spa but they will let it go for $10k, today only. Trust me, you can find a much better product for less than $10k. Read their BBB report. Stay away from this dishonest company.

04/20/2013, 05:52 AM
Absolutely LOVE my new spa. The delivery men were great Feels fantastic. Thank you so much. Exceeded my expectations, truly!

02/27/2013, 02:08 AM
Nothing too spectacular but solid spa. Service and overall management could be better, still they have some nice treatments and affordable as well.

05/04/2012, 05:39 AM
LOTS OF PROMISES, POOR DELIVERY – Attended show in Denver and bought a Master Spa. Delivered a week later, cover had forklift holes in it. Delivery contractor made a note and said to contact Master Pool & Spa and they would replace. Went back to second show, showed pictures to manager. He said they would said a new replacement out the following week. Five weeks later, still waiting. Next move file with BBB and AG to ensure no more biz in Colorado. Also contacting Master Spa Manufacturing in Alabama to see if they care about the quality of their dealers.