The Attorneys of Vincent W. Davis & Associates offer our clients the combination of skill experience and dedication that our clients can rely on. Through strategic analysis, highly effective litigation and negotiation skills; we are able to provide our clients with clear choices and the means to achieve those ends.

06/09/2019, 01:02 AM
They Fighting For Families Under False Allegiance, And Terrorism of the DCFS Kidnappers!! And Open Heartening Listen to your Situation. this is why My Family Is Looking For Him, & His Associates Help! Before Its to late. 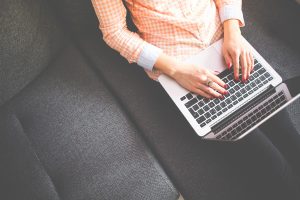 10/04/2018, 14:22 PM
I hired Vince Davis to go to DCFS court to get my children back. He did just that. Then he sued the social worker and the county in federal court because they violated my civil rights. We won that for big $$$. As far as I'm concerned, he and his firm are the best in the game.

09/13/2018, 04:06 AM
this is what I wrote for your reviews This lawyer is a highly educated trial lawyer with over 30 years of experience with high success rate. His law firm is staff with talented lawyers in all fields of law. Vincent Davis is the man who is affordable, realiable and will fight to win your case.

09/11/2018, 03:02 AM
The Law Offices of Vincent W. Davis and Associates are highly skilled and work hard to accomplish the goal of bringing the family back together. Just keep up your faith and give them a call.

06/23/2018, 05:12 AM
We had an exceedingly negative experience with the Law Offices Of Vincent W Davis & Associates. My wife & I are former foster/adoptive parents. Last year, DCFS placed a dangerous & mentally disturbed 13-year-old foster girl in our home. DCFS was aware that she was violent, psychotic & sexually aggressive, but lied about her history in order to get her placed. The child repeatedly sexually assaulted my wife, tortured our cats (paralyzing one & injuring another), assaulted & VERY nearly murdered both of us, until she was taken to a psychiatric hospital after claiming to be possessed by demons she saw in a mirror. It was like something out of a horror movie & was called "the worst foster care case ever recorded". After she was removed, we filed a police report for sexual battery & assault. She then retaliated by filing an unknown allegation against us. We retained the Law Offices of Vincent W Davis & Associates for $9600 to file a lawsuit against DCFS & defend us from whatever the allegation was. Attorney Stephanie Davis was assigned, but ignored us & refused to respond to any attempts at communication for an entire month. After mentioning the breach of fiduciary duty, attorney Stephanie Davis finally called & admitted she never opened my emails because she claimed they 'might have had a virus'. Vincent davis later demanded a third $7500 retainer, despite the other two retainers not having been exhausted. We were suspicious that our retainers were being kept while no work was being done. I sent a concerned, yet polite email to the Law Offices of Vincent W Davis & Associates requesting a copy of our file in order to obtain a second opinion from another firm. Attorney Vincent Davis retaliated by angrily cancelling our contract in the middle of an active case and ignored all attempts at communication for around a week. We have since reported them to the California State Bar for ethics violations.

03/14/2018, 15:24 PM
My name is Susan, and I went through a very traumatizing situation a couple of years ago. I knew I had to do something to get justice, but I didn't know what to do. After months of searching, I finally connected with the fantastic Law Firm Vincent W. Davis. Mr. Daniel Sharp Esq. at the firm, took on my civil rights case. He and his team at the Vincent W. Davis Law Firm have taken the load, the stress, and the anxiety off my shoulders. They believe in my case, are fighting on my behalf, and I am so encouraged we will have the best possible outcome soon. Highly Recommended!