01/01/2018, 15:21 PM
State of the art Equestrian center with two of the most professional trainers. Jeffrey and Amy Wilms did a wonderful job with my horse and daughter. Thank you !!!

04/16/2013, 11:38 AM
Best in town teaching riding lessons!!! Thank you Amy Wilms for having such great patience teaching me horsemanship skills!!! 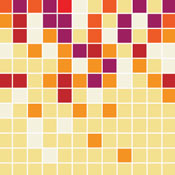 12/19/2012, 15:26 PM
Working with Jeffrey Wilms Training and Management I have been able to improve my skills as a horsewoman and achieve in the show ring in ways I would not have thought possible and have fun doing it. Most important of all, I know my horses are receiving absolutely the best of care while they are staying at Wilms.
Featured content

12/04/2012, 00:47 AM
The Wilms barn is my home away from home. I now attend college at the UW but the Wilms barn still remains close to my heart. Amy and Jeffrey have created an unmatched environment where horses are cared for to the highest standard. I have been with the Wilms for almost 10 years and I would never change a thing; they are incredible instructors and really do care about your goals and helping you reach them. Amy and Jeffrey are the ones to go to.

11/30/2012, 09:36 AM
The horse ranches in North Scottsdale line the roads. To the uninitiated, they seem so similar – all offering beautiful horses, settings and the promise of great equine adventure. The Wilms Ranch is all of that but so much more. At this ranch, there is a care for people and the horses that truly set it apart. The barn is impeccable, reflecting Amy and Jeff Wilms focus on the highest quality care for each and every horse in the barn from scores of grand champions to a client’s dawdling old beloved mare. All breeds are welcomed. Would that all human beings in our world could receive the individual attention and standard of living that the Wilm’s stabled horses receive. A similar excellence is guaranteed for each individual riding there. Whether a person is wanting to casually ride or fiercely compete, there is a program for every level of rider and type of interest. In my five years associated with the Wilms Ranch, I have seen both clients’ interests and skills levels change dramatically and they stay on for years and for generations. The Wilm’s have so many types of horses and riding that it is a seamless shift to go onto whatever your interests may be. I have really valued the depth and diversity of the Wilm’s riding programs as well as their enduring success in the ring as champions in each. Most important of all, Amy and Jeffrey Wilms are people of heart, soul and integrity. Theirs is a place for all generations to mix and mingle and a place where everyone is truly welcomed and celebrated. Riding at the Wilm’s Ranch is like becoming part of a family and once a part; they are always there for you. Family outings at the Wilms training sessions, competitions and parties are just so much fun. Our family and our horses are safe and happy with Jeffrey and Amy Wilms.

11/30/2012, 07:01 AM
When we were looking for a western trainer for our son to start riding, all roads seemed to lead one place: Jeffrey Wilms. I asked who the best western trainer was in Phoenix in feed stores, horse breeders, western tack suppliers and all type of competitors at the Scottsdale Arabian Arabian Horse Show. The same name was at the top of everyone’s list: Jeffrey Wilms. And so our son’s riding career began at the Wilm’s Ranch. Like many kids, our son wanted to try all different types of riding. Soon he was riding in English events – this time under the tutelage of Amy Wilms – who is equally accomplished with over 20 years experience. Our son has owned several horses selected for him by the Wilm’s, has done amazingly well in the show ring despite only a few years training with the Wilms and has effectively adopted the Wilms as his second family. He has loved every moment at their ranch, all the people, all the fun, all he has learned and achieved there. We can always rest assured he is completely safe with them at their ranch and anywhere they travel and the horses are impeccably cared for and safe. We did our research carefully before choosing a training facility – from the day we drove through the gates at the Wilms ranch; we’ve never looked back. These are some of the best experiences of a lifetime. The riding is almost secondary to all of the coaching, mentoring and life teaching our son has garnered while riding with the Wilms and all the great family times we have shared.

11/01/2012, 14:38 PM
I can not say enough positive things about Jeffrey and Amy. I have been a part of the Wilm's barn for almost 20 years and they are family to me. They handle your horse with respect and you never have to worry whether they are being taken care of, your horse is their horse! I not only learned how to become great rider and horseman but their coaching skills teach you thing that you and/or your child use on a daily basis. Now with my 2 year old starting to become a "barn girl" there is no other place we would go. They have an amazing reputation and up hold to that in every aspect. Whether you want to just learn to the basic riding fundamentals, or you want to be in the show ring this is place that can get you there. Most importantly they care for your needs, safety and of course you always have a good time.

Priscilla B. on Citysearch

10/26/2012, 02:02 AM
Jeff and Amy are two of the nicest people you will ever meet. I took my daughter to their stable to learn to ride. Our objective was not showing but learning to ride and finding horses just right for us and our new life in the country. Both she and I took lessons and we learned so much. We not only learned to ride, but how to be safe. That was very important to me. Jeff and Amy found us two wonderful trails horses which we absolutely adore. We are riding and very happy with our horses and our new life in the country. Thank you Jeff and Amy. We miss you very much and are so grateful to you and your expertise with horses.

02/02/2011, 09:27 AM
These folks are not nice. – I bought four Groupons to this company last fall. I have used a lot of Groupons before and have generally had a great experience with them. They've given me the opportunity to try new businesses, and the business owners have of course been friendly since they want me to become a regular. But this place -- no way. I tried to call several times during their announced business hours before I reached someone, and I left messages, but the person who called back completely ignored when I said I’d be available to get a return call and instead called back whenever she felt like it. I only finally got ahold of someone today when I said I’d be available at anytime and made sure that I was. But then she continued to not listen to me because even though I told her that I couldn’t do Tuesdays and Thursdays, when I work in Tucson, she kept suggesting times on Tuesdays and Thursdays. When I repeated that I’m not available those days because I have to go to work, she started getting rude. She told me to stop yelling at her, even though I wasn’t yelling. I was annoyed that she was treating me like an idiot, though. She insisted on reading me her soonest openings, even though I’d already indicated I couldn’t do them. Apparently I don’t know my own work schedule? Then she started berating me — good customer service, that — because she felt that I should’ve called sooner instead of waiting until a month before the expiration date. I asked her if she even had four appointments for my four Groupons — two for me and two for my son — so she only mentioned a total of four, two of which were those same ones on my workdays. Really, they agreed to sell too many of these, assuming that people would end up evenly distributed over the whole six-month period without requiring that people call three months in advance for appointments, and now they want to blame us instead of recognizing their own error. Then she suggested that my son and I split the one Friday appointment she had offered, but still using two Groupons, so getting half what they were supposed to be worth. These people do not know how to work with folks who are not willing to drop everything for them. Apparently being available Mondays, Wednesdays, and Fridays, in the mornings and the afternoons, as well as Saturday afternoons, was just not enough. I have to quit my job, I guess, to use these Groupons. Forget it. I am going to have to ask for a refund. And I will never give this business my money, nor recommend it to anyone else.