Specialties Serving the Hyde Park area for more than 50 years. Foreign Car Hospital has proudly served the Hyde Park area with expert foreign car services for more than 50 years. Our trained professionals combine specialized skills with individualized attention to ensure you receive the highest level of service for your vehicle. We can perform repair services for most foreign and domestic small cars. We would be happy to suggest a regular maintenance schedule to help your car operate at its peak performance level. We are pleased to offer: General inspections Brakes Suspension service Exhaust repairs Mechanical repairs At Foreign Car Hospital, we take pride in our work and value our customers

06/04/2010, 06:43 AM
A Positive Experience – The Foreign Car Hospital was recommended to my gf and I by a long-time Hyde Park resident who had had his car serviced at FCH for years. When the gf's Volvo was in an accident we took it first to FCH for estimates and some related repair work. Pat and his staff spent a good deal of time with us on the phone and in-person, discussing the options for the car given the damage, as well as performing some work himself. In addition, he recommended a good auto body place for the remainder of the work, and although we didn't use that shop's actual services, we did use them for the insurance process, and they were very courteous, helpful, and professional (and didn't make a dime out of it). Pat has fixed the alternator on my Toyota for a reasonable price with quality work. Is he the cheapest? No, and it's not an especially convenient shop schedule nor payment policy (no credit cards or check). However, I'm willing to pay more for an honest and worthy mechanic who is also nearby, and I came away satisfied. A note on some of the reviews below, in defense of Pat: the review complaining about his inability to diagnose the problem doesn't seem quite fair, given that when you don't know, you don't know. When asked if the car was safe to drive, he said he didn't know. The user complained about that, but why? What's Pat supposed to say? If he truly doesn't have enough information to answer the question, then "I don't know," although perhaps frustrating, is honest and not a negative against him. The review where the "hot wire" was done also is flawed. Again, Pat wasn't sure of the problem and was upfront about that. The fact that the Winnetka shop had the user "hot wire" a fix to get the car in to the shop isn't necessarily a plus in their favor and a strike against Pat. I don't know the details of that "fix," but it may not have been the most responsible thing to recommend. The third review does sound like a frustrating experience, and it's unclear what the "logic" vs. "diagnosis" meant. That may have been a bad call on Pat's part. Still, though, the user makes it sound as if there's some magic "diagnosis" process that is completely separate from logic and, frankly, guessing. I've worked for years in audio and IT, and diagnosis is *very* often logic and guessing. There's no "Diagnose" button to push that kicks off a fix-it process. I'm not saying the user didn't have a right to be upset, but that logic and guessing are part of diagnosis. I think Pat is honest, not out to take anyone's money for shoddy work, and is not going to promise the world. In my experience, if he doesn't know or can't do it, he will tell you. His costs are a bit higher, and he may not be the most convenient, but he's definitely a worthwhile call to make if you're in HP and need work done on your import vehicle.

06/08/2008, 04:34 AM
Very dissatisfied – I asked Pat to look at a possible problem with the battery. The battery had died inexplicably a few days before I brought it in, and I was starting to notice symptoms of an electrical problem (flashing lights on the dashboard, a minor whirring noise that increased in pitch as the car accelerated). Pat generously took the car in on short notice and "ran some tests." When he called me the next day, however, his assessment of the problem was... indeterminate. There was some corrosion on the battery, he said, but, apart from that, he couldn't find anything that would explain a dead battery. He did claim to notice a strange scraping noise emanating from a "plate," though, but didn't know what it was. He told me to take the car to a Volvo specialist; he couldn't fix this kind of thing, anyway, whatever it was. I guess I understand that some problems are difficult to diagnose, and that certain shops can't do some very labor intensive work. But I couldn't even discern what the problem _might_ be from all of this "testing" (total cost $74.00). When I asked Pat if the car was safe to drive, he said he didn't know. I left and decided immediately to head to a nearby Volvo specialist, but as I began to drive the car began making a sound I had _not_ heard before I brought it in--a hissing/scraping noise that gradually worsened as I drove. It turned out that the alternator was bad; moreover, the starter motor was failing to disengage, and by driving the car I had severely damaged the flywheel. The total cost of this repair: $2,700. The least I would expect from a mechanic who can't figure out a problem is some guess about what the problem _might_ be and how serious it is--particularly if he recommends having the car taken elsewhere. My advice: if you own a Volvo, take it to a specialist (such as Swedish Car Specialists in Schaumburg); I'm left to wonder how much money and time I might have saved if I'd taken my car there first.

05/30/2007, 02:27 AM
Really bad experience – I went here because online reviews and anecdotes were decent/good. I told Pat my problems - belts were making a noise when starting and I needed them either replaced or tightened and that the car didn't start one day and then after that was taking a longer time cranking than normal. He said then, "It might be the main relay since I had that problem on a car." He said they'd look at it. They called later - they replaced the main relay. Did I want a tune up? Being on a somewhat budget and being told that they just fixed the problem, I said no. They re-adjusted the belts but they didn't need replacing. Then they decided to put some mixture on there to try and soften the noise. Now, when I set up the appt, I told them (last week) that I had to leave town at the end of this week. I get my car and basically it's the same. Takes just as long to start and the belts still make a noise (albeit not as much). For 200 dollars. When I called them back, he (Pat) told me that, "We didn't do anything diagnostic, we used logic since this is often a problem. Check Cartalk's website, it's on there" (in regards to the main relay that didn't help). For the belts? "We'll replace them if you want but new belts stretch and might slip as you drive, so there isn't really time to do that and readjust them if needed." Basically, they didn't TEST for the problem, they guessed/used logic. They didn't FIX the problem, they masked it as well as possible and took me for 200 dollars. He told me if I wanted a diagnosis, I should ask for one instead of relying on their logic. Am I the only one who thinks that mechanics generally should diagnose things before fixing them? That seems like a racket to get more money, if you ask me. Main point? DO NOT GO TO THEM.
Featured content 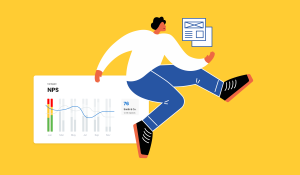 07/30/2006, 05:04 AM
great hyde park mechanic – This is an old place owned by Pat, who still works there. He is very honest and will give your car the individual attention it deserves and carefully explain what is wrong. Don't be fooled by the rather messy disorganized shop- these guys are GOOD! they have always fixed all my auto problems. Can be a little more pricey than some other places. Still a little eccentric though. I think they only work on foreign cars and do not accept any credit cards or cheques ( cheques accepted if you can show a valid Univ of Chicago ID). Also they only take your cars in by 9.0 am and are almost always booked up at least a week ahead. So - not good for an emergency repair.