10/14/2016, 06:05 AM
Mr. Turner is a very good electrician who takes pride in his work. He is a very kind man as well. He installed an exhaust fan in the garage and added a gfci to one of my breakers.

10/14/2011, 07:38 AM
My wife Angela and I had added a small room onto the mother in laws apt we rent from my family. I had a person we knew add two outlets into this new bedroom. Well when he turned the power back on, the two new outlets worked great!!........buuut the power to our livingroom and bathroom was completely GONE!!!! Thee guy who hooked it up started blowing smoke up our A#$ by saying that it was faulty wiring, or something pre-exsisting. Well common sense told me that: it was working perfect before he got there, now it didn't. well the guy tried to spin the problem by then telling me he'd re-wire our attic and need $200 to get the problem fixed!!! I then proceeded to kick him out and now my wife and I have been without electric in our bathroom and livingroom for the past year. Our livingroom has been running off extension cords, and our bathroom, yeah, nightime showers and potty time are like a Navy Seal Black ops mission without a candle!!! Well the reasoning behind us letting this go for a year is.... well money!!!! Yesterday I just say to myself, Just go online and pull up every electrician in our area and see who could work out a payment plan so that maybe we could get this problem fixed finally!!! I called one after another, on and on, I kept hearing the owners weren't in, or, no payment plans available..... Well then I came to a little electrical repair/install company called Turner electric. When I called I spoke with Mr.Turner himself within 10 seconds and I told him our sob story, he was her by 3:30 (right after he got off the phone with me) and he told me he'd work with me on a payment I could afford!!!!! He had a fully stocked commercial van with all these gizmos, and crazy stuff I've never seen before. He was incredibly respectful to myself, my wife, and children. He never did anything that I second guessed, I helped him the whole time as I knew how much he was helping us out, and by the end of the day 9:00 p.m.!!! He had our living room and outside flood lights, and outlets working as promised by the time he left, he'll return to fix our bathroom electric on Saturday at 9:00 a.m. and by the time he left, I said how unbelievably gratefull we were and that we were still worried about expensive payments, he reassured me that he would let the payment be whatever we could afford!!! I told him I would post an Ad on here telling everyone who needs electrical work done, of any kind!!! To call Mr.Turner at Turner Electric!!! 941-747-8558 ED TURNER MASTER ELECTRICIAN/OWNER Thank you Mr turner for bringing us the power, and working with us every step of the way!!! -Robert & Angela Fischbach of Bradenton Florida
Featured content 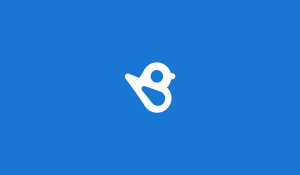