30 people are looking at this business

We're a local family-owned diner. Digger Dave, one of our founders, was a gravedigger at a cemetery and inspired our name: Digger's Diner. You'll notice our theme matches the name, but our customer service is anything but a graveyard -- it's lively and attentive. Our goal isn't simply to serve you great food, it's to make sure you leave even happier than when you came in. With our award-winning burgers and hot dogs and our super friendly, down-to-earth crew, you'll feel like you're coming home.

08/14/2009, 05:06 AM
Digger's Diner is yummy! I love the menu, there is something for everyone, even a great kids menu. And the french fry & shake options are unbelievable, prices are very good too. Good quality food!

08/13/2009, 08:34 AM
Digger's Diner is greasy delicious :) My husband loves this place. Very authentic diner food. He always goes there in the morning before work to get a breakfast sandwich. They know how to cook! 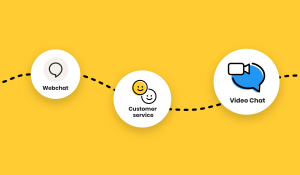 Why your business needs omnichannel communication

Why your business needs omnichannel communication

08/12/2008, 01:50 AM
Fast, Tasty, and Affordable~! – Growing up down the street of Diggers since I was four years old, I was raised as a semi-vegitarian; the only meat I ate was fish... occasionally. When I was a kid, I remember driving by diggers, it's cool and funky murials in the interior and cool signs and motorcycles around the exterior, but never got a chance to go because of my families eating habits. Once I got to the age where I could make my own dietary decisions and realized the pleasures of a thick and juicy steak or hamburger, I finally found out why so many people in the Concord community frequent Diggers. The staff is friendly and attentive, food is prepared quickly and cleanly, you can get out of there for $5 - $10. Food is traditional American Breakfast & Lunch. Highlighting the breakfast menu is their breakfast sandwhiches. I always get the Bacon, a thin layer of hashbrown underneath crispy bacon and topped with a fried egg, of course surrounded by melted cheese and toasted sourdough bread. For lunch, the burgers are big, greesy, and delicious. If a burger sounds like too much, I recommend the Chicken Sourdough, a unique teriyaki chicken sandwhich with green peppers, onion, and melted cheese of your choice. I only wish they were open later... they close early so grab a bite at Diggers on the corner of Willow Pass and Farm Bureau Road!

09/05/2007, 10:08 AM
Diggers the Best diner ever. – Diggers Diner has excellent burgers & breakfast. In & out burger or nations can't even reach the top 100 if they even tried. The owners & their staff are very friendly & make you feel at home. Diggers is a great enviroment for kids, families, & friends.