Here, at Dante's House of Pizza (HOP), we bring more than pizza and excellent Italian cuisine to your table, we bring time-tested family tradition. Located in Munster, IN, our family has been in the business since 1954 and we are well-known for our quality food and service. A family-friendly restaurant, we have something for everyone on the menu. We offer a large lunch buffet Monday-Friday from 11-2 pm and kids can create their own pizza every Monday. Besides pizza, our menu includes entrees such as: Lake Perch Broasted Chicken New York Strip Ribs Pasta (of course) Sandwiches Stop by today, we'd be glad to see you. Or, if you are interested in having an event catered, we can assist you. Just

01/12/2011, 00:42 AM
Large Buffet? There ad says they offer a large buffet. I went to try there large buffet and it was the worst buffet I have ever been to. Pizza is greasy and not much go choose from. Then on top of that I had to pay for a beverage on top of the buffet price. I won't be going back for greasy pizza or a cheap buffet.

04/19/2010, 02:05 AM
Recent Order I recently picked up a pizza from here. The pizza was luke warm, the grease was dripping off it. I called and the manager was less than sympathetic. Will never from here again.

10/01/2009, 01:35 AM
Not So Great The food is bad and expensive. I'm eating a pork sandwich from there right now. I tried to give Dante's a chance because it's really close and pretty new. We've eaten there 3 or 4 times. Their pizza is super greasy. You can't reheat it because it's even more gross later. I ordered a chicken breast sandwich before, and they brought me the driest piece of meat on a plain bun. There was no sauce or seasoning on it. They could have at least toasted the bun. Another time, we just ordered their loaded french fries. They put so much salt on it, that we couldn't even eat them. I never throw food away (I'm not fat, just don't want to waste), but I had to throw the entire order out. I went today to get the replacement order they said we could have along with 2 pulled pork sandwiches & a soup. It took them 45 minutes to give me the food and I paid $19.10. That was with the free fries. The sandwiches came with a pickle and no sides, but I paid almost 7.00 each. It's a rip off. 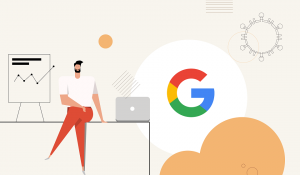