Comal Animal Clinic in New Braunfels, TX, provides state-of-the-art veterinary care with Texas Hill Country charm. If your pet would benefit from our balanced approach to preventative care, dental care, or our surgical services, you will find that our modern veterinary clinic is a warm and welcoming home for the care of your pet.

02/27/2014, 00:42 AM
I have to say 1st of all - everyone there - especially the support staff is extremely polite & efficient. The service they provided for my two pets was great also. Why give it 3 stars then, in 3 visits within a 6 week period & 1 of those visits was just to get their booster shots - the other 2 were with consults, even with the consults the Dr. stepped in for maybe a total of 3 to 4 minutes at the most. My other issue is the amount charged - we paid nearly 850.00 dollars between the 3 visits. We have other pets but won't take them there because of these 2 reasons. My pets were not very ill when we took them in. If you have money to burn then by all means take them there if not call around & get prices before you go.

07/17/2013, 01:48 AM
I took my dog in for a small growth on her toe. She gets these growths now and then and when I lived in Colorado, I always paid $20 (in addition to the visit) for a local anesthesia,cut off the growth, and a little stiptic to stop any bleeding. I asked the vet if she would do this. She said, "No" and she wanted to put the dog under general anesthesia and put her in a cone collar to keep her from licking it. I reluctantly agreed to the local because she refused to remove the growth otherwise. So, I asked if we could just bandage the wound and forget the cone. The vet said "No." The cost for this was $170. After surgery, my dog was given pretty strong pain meds for 3 or 4 days and a strict schedule of when to give them. She pretty much just slept while she was on the pain meds. The same day when the pain meds ran out, I noticed that my dog started to lick her foot despite the cone. It was at night and their office was closed, so I used the "contact us" form on the vet's web site and asked someone to call me about it if they thought it was a problem. I never heard from the vet, so I assumed it was OK. Whenever I was awake and she started to lick her foot, I would tell her No and she would stop, but I couldn't watch her while I was sleeping. Not only did the cone not stop my dog from licking her foot, but because of the cone, she developed a quarter sized ulcer on her neck surrounded up a large 5 inch in diameter raw place (which I did not see because I was told not to remove the cone) plus a deep silver-dollar sized ulcer under her chin. (I also did not see this because of the cone.) When I removed the cone the evening of the 10th day after surgery, I noticed the icky wet ulcers on her and took her to the vet the next day. The vet charged me $80 to shave the fur off of her neck and chin, prescriptions for antibiotics and steroids,and to bandage up the foot because it wasn't healing fast enough because the dog was licking it. Does this sound familiar? I had asked the vet if we could just bandage it in the first place. When I got home, I put a sock on her leg and taped it up high on her leg so she would not get it off. I checked and redressed the wound every 3 days, but basically kept the sock on for 2 weeks. Her ulcers scabbed up and eventually the scabs fell off. My problem with this vet is that she didn't listen to me about my dog and decided it was her way or the highway. Then when that didn't work, she didn't take responsibility for the problems that occured and charged me to fix her mistakes. While I don't think the amounts she charged were unfair for what she did, she probably shouldn't have charged me at all for everything she had to do on the 2nd visit. In fact, she should have tried the "snip it and bandage it" method first since I had told her that it had been done in the past and had always had 100% success. She couldn't have known the ulcers would have occurred, but when they did and she knew I had asked for bandaging instead of the cone, she shouldn't have charged me to undo the damage she did and then in the end do it (successfully) the way I had asked her to, to begin with. btw, I am a retired RN and know a bit about changing dressings and told her I could do it.

06/20/2013, 18:59 PM
Everything about my visit was better than anything I could have hoped for. My search for a wonderful vet practice is finally over.
Featured content

10/16/2012, 02:19 AM
Best vet around! Everyone is so patient and wonderful - even with my not so well behaved boxer! Both vets are amazing and take wonderful care of him. I am so lucky to have found such a great place for a vet, groomer, and boarding - prices are good and they have always made time for us - even in emergencies. 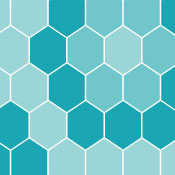 06/21/2012, 02:52 AM
Great people! Very nice and helpful! Love the new building & the doctors are very caring! Just got a health plan for my puppy ~ what a cool concept! I highly recommend this clinic!!! Gonna try out their groomer next week!

02/14/2012, 02:52 AM
This is the best animal clinic in New Braunfels. They are friendly, knowledgeable, and affordable. I've been very happy with Dr. Gibson and the entire staff. Bring your pets to Comal. You can't go wrong.

11/16/2006, 05:15 AM
My wife and Dog were attacked a few months ago on their morning jog. Luckily, my wife was unhurt but our dog had multiple open wounds and lacerations. Since we just moved to NB from Dallas we didn't have a vet yet. After a few phone calls to other vets and no luck (it was early morning), she got CCAC and they said, "Come right in, I will be be there when you get there!" We have gone there ever since and plan to continue. Staff is very friendly and helpful and very courteous all the time. My career makes scheduling appointments and keeping them difficult and they have always worked with us.