05/13/2018, 01:01 AM
Rochelle and her team were absolutely amazing for the first couple of years that we were there! I highly recommended them to everyone! However, this past year's experience was a complete 360. The accountant assigned to us, did our taxes incorrectly multiple times, giving us 4 different amounts (including one for 25k!). We requested that Rochelle review because we were hesitant about filing and wanted to make sure it was right. She suggested we do an extension and when we went to call the office to do it, her office staff suggested we didn't. We decided against it, which is where things got worse. I believe that we offended Rochelle by not taking her advice and from that point on were an inconvenience to her and her office. We had to literally call repeatedly and beg for them to file on time since we didn't have an extension. Luckily for us the deadline was extended a day, because we heard nothing from them until the last possible second on the extension day. We were able to file and a couple months later, were charged almost $1k in "rework" fees. When we inquired what they were, we were told from Rochelle that she knew that we caused extra work from having worked with us before and she believed her staff more than us, even though her accountant had openly admitted being wrong multiple times. We were then asked not to use them in the future. It was a very sad experience that could have been avoided by adopting a customer-service attitude, providing itimized billing so people know what they are getting charged, and using care when doing people's taxes and not calling them with multiple amounts that including shockingly high numbers. We loved our previous two years with this firm. I would just caution anyone who might have "complicated" taxes to avoid using them as they do not admit to making mistakes and will put the blame on their clients.

03/23/2018, 07:43 AM
As a retired accountant I can honestly say this was the easiest tax return I have ever had. Easy to upload documents and very efficient kind service
Featured content 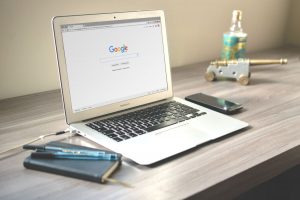 02/22/2018, 00:56 AM
I have been working with Chandler and Knowles more more than 10 years now and they have truly changed our financial standing. They have helped us minimize our tax exposure from our business plus have helped us build our retirement investments with their investment division. I highly recommend them to friends and clients. If you are looking for a highly competent group dedicated to helping you navigate through the financial piece of your life, look no further than Chandler and Knowles CPAs.

09/12/2017, 03:15 AM
My husband and I have used Rochelle for 15+ years for business and personal taxes, as well as financial planning. We have been extremely happy with their customer service. They are efficient and quick when needed, but also patient when handling questions that require more time and education on our part. Thanks for all that you do in helping us to maneuver through the world of taxes and finance!

03/27/2017, 04:38 AM
I have used Rochelle for several years and have been very happy with the service and customer service. Very knowledgeable and also quick! Give them a call.

09/22/2016, 03:56 AM
Chandler & Knowles CPAs are detailed and knowledgeable CPAs and Financial Planners. I have used both of their services and can say that the cross-over knowledge and experience comes in handy. Because they are able to provide accounting and financial planning advice, I feel this is a significant point of differentiation on how their consulting adds value. Especially unique is the ability to provide financial modeling with their software so we can test and verify products or strategies prior to making a decision. Thanks for all that you do for us!

12/23/2013, 02:40 AM
They have done an excellent job keeping my business books reconciled and filing the taxes each year. We have been a client since 2006 and cant imagine business without them.