Hankering for curry? Head to this gem in Pacific Beach whose unassuming facade does not begin to hint at the delectable fiery dishes that await within. The only snag comes from actually having to choose from the wide selection of Thai, Indian, Japanese, Caribbean and Singaporean curries on the menu. For the undecided, the Panang and Mussaman curries are excellent. Or better yet, bring friends and try them all. The menu is very reasonably priced, making this a tasty budget choice.

09/08/2018, 05:20 AM
I was nervous about trying this place because I can’t eat anything spicy, but they have so many super delicious NON-SPICY curry options!

07/06/2018, 08:29 AM
Had the masala and the vindaloo and they were both fantastic. Definitely bookmarked this place for our twice a year visit to Mission. 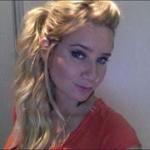 Thanks so much for the kind review! 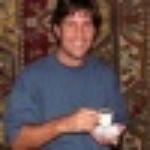 05/26/2018, 03:30 AM
I can't believe I went to the same place as everyone else here! The food here can barely be considered Indian food. The chicken vindaloo in no way resembled any vindaloo dish I've had anywhere in the world, including India. It looked and tasted like spicy pulled pork. The chicken tikka masala was mediocre, but as we were hungry ate it all. We asked for it hot and it was barely mild. There is no way the chicken was anywhere near a tandoori oven and instead of being cut was also pulled off the chicken. Not that that is bad, but definitely odd for an indian dish. And, the naan was barely cooked and doughy and based on the odd texture with the dimples on one side seemed like it might have been frozen naan or frozen pizza dough. Combine this with the slow and indifferent service, wiping the table with chemically hand wipes from a packet and the overall quirky ambience, this is a place that we would never return and was incredibly disappointing considering it was (somehow!) ranked #2 of all Indian restaurants in San Diego. I can probably think of 20 off the top of my head that are better than this place and actually serve Indian food.

Yay - so very glad we could help you feel at home :) Thanks for the kind review!