Steve Moore Chevrolet is a Chevrolet dealership located at 9325 South Blvd.. You can find GM parts, Chevy repair services, and new and used vehicles at this Charlotte auto dealer.

01/16/2017, 13:43 PM
Worst car buying and service experience I have ever had or heard of. We purchased a brand new Malibu that broke down 36 hours after purchase. It has now been 55 days and we are still in a cheap, loaner vehicle. The dealership has manipulated us and gone out of their way to inconvenience us. We have been told countless lies throughout the service experience and have been offered no apology or reparation. I would never use this dealership again or recommend to any friend or foe. Avoid at all cost!

11/08/2016, 00:54 AM
I just wanted to write and let you know what a great experience my wife and I had in purchasing our 2016 Malibu. Dan Libby took excellent care of us and we would recommend Steve Moore Chevrolet to anyone looking to buy a new Chevy!

08/25/2016, 12:48 PM
August 25, 2016 Dear Chuck, General Manager, My name is Curtis Watson. I traded a 2006 Lexus 430 and a 2012 Nissan Titan to purchase a pre-owned 2015 GMC Denali last Wednesday. When I bought the Denali I shared with the salesman, Dan Libby that the tailgate had a discoloration in the paint. He supposedly had your paint guy work to improve the blemish. However, after a day, I saw that the discoloration reappeared. I spoke with Dan again and he was reluctant to do anything about it. He stated he would speak to Greg the sales manager. I waited another few days and did not hear back. I called Dan again and he told me he would see if my warranty would help. Sure that Dan would not follow up, I called Greg. Greg told me to bring the truck in and he would have the shop take care of it. The shop guys looked at the truck, called Greg and Greg stated they were not responsible. The shop guys left me standing in the parking lot. Noticing my frustration, Zack Stark, asked if he could help me. Zack went out of his way to have me take the vehicle to Williams GMC to see if the manufacturer's warranty would cover the issue. Williams reviewed the vehicle and determined the truck had been painted. Therefore, they too, would not cover the problem. My issue is that both Greg and Dan failed me by not at least trying to satisfy my concern. They were not willing to investigate options the way Zack did. Zack, as the IT Director, displayed more customer service and follow up than anyone there. He eventually got your approval to take the vehicle in for a wet sand. He ensured I felt better about my buying experience. Finally, and most importantly, the Carfax did not reveal the truck had been painted, but I feel the salesman and the sales manager both knew the truck had been painted. They should have disclosed this to me prior to the purchase. I am a seasoned car buyer and know that disclosures are not only morally right, but can be legally required. My experience with both of these gentlemen was not what Steve Moore Chevrolet needs as a part of your business practice. A buyer simply wants honesty. I initially gave the dealership a good recommendation, however, I am retracting the recommendation. But I do applaud Zack Stark for his assistance. Please share with him my appreciation. I would not recommend anyone coming to Steve Moore Chevrolet based upon my outcomes wit the sales staff. Thanks Curtis Watson
Featured content

03/09/2016, 07:21 AM
Bought a 2006 Ford Explorer from Steve Moore two years ago. The experience at the time was very positive with a friendly staff. Had some issues recently due to a misunderstanding with the included warranty from the purchase date. As a result, I went out of pocket in a very unexpected way. I reached out to Steve Moore Chevy to let them know I was unsatisfied with the warranty situation. Within 24 hours I was contacted and asked how they could help improve the situation or make it right for me as a customer (two years later). I wont go into too much detail about the issue here but they absolutely stepped up to the plate and did the right thing when they didnt have to, thats the important part. They made a bad situation better and expressed a genuine interest in taking care of their customer. Cant ask for much more than that.

03/05/2015, 00:20 AM
UPDATE: I'm happy to say that I was promptly contacted by someone from customer service who helped make things right. She talked with Steve Moore and they decided that they would refund me my deductible of $500. They said they wanted to make things right by apologizing for the mishap in the first place, and then refunding me my money in order to keep me as a customer. I am happy to say that I will now be bringing my car in for service and potential future purchases. Most companies would have told me to go fly a kite. But Steve Moore cares enough about their customer service and company image, that they contacted me just based on my online review. A company that's willing to refund me my money and make things right, truly does care about their customers. I appreciate their efforts to keep my business, and I will be reciprocating by giving it to them. Thanks for making things right Steve Moore Chevrolet! Original Review: During the infamous GM ignition switch recall, in which 13 people were killed as a result of GM refusing to initially address the issue, I had to take my wife's Saturn Ion in to be fixed. Steve Moore Chevrolet took over 3 months to repair the car as a result of an insufficient supply of parts, but that's not even my main issue of contention. When I dropped the car off for it's 3 month stay, the dealer/GM were giving out loaner cars, but only if you asked. They offered this if you felt that it could be dangerous to drive your car, which they indicated it wasn't......really? Well, I wasn't going to allow my wife and newborn daughter to drive around in an extremely unsafe vehicle. So I took them up on their "hidden" offer of getting a rental car from Enterprise. When I picked up the vehicle I was told that the vehicle would be completely covered and insured by GM. Well, needless to say we got a terrible hailstorm and the car received around $3,000 in damage. But fear not, no need to worry, the car is covered, right......???? WRONG!!!! A few weeks after I returned the car to Enterprise I received a surprise call from their claims department saying that I needed to file with my insurance company for the damage. They informed me that the dealer/GM should refund me the deductible, but that it had to be processed through my insurance first. Ok I guess, so I filed the claim and put out the money for the $500 comprehensive deductible. So I call GM about the issue, and they tell me that everything is handled through the dealer (Steve Moore Chevrolet). So I call the dealer and they say that everything should have been handled between Enterprise and GM. So I call Enterprise and they tell me that I had to talk with the dealer. So both GM and Enterprise are telling me that I need to speak with the dealer. So I call the dealer and speak with the service manager, he informs me that Enterprise should have applied the coverage and everything should have been taken care of on their end. He told me that he'd call GM and Enterprise and get it sorted out and be back in touch with me next week. Two weeks later I call back and he still hadn't called about it. He'd call back in a week. Two weeks later again I call, and he stated that everything should have been taken care of by Enterprise, but he'd talk to GM about refunding me my $500 deductible. Again, he never returned my call, so I called three more times over the course of a month or two, and each time he said that he hadn't figured it out yet. Well, eventually I grew tired of the runaround and months went by and I never heard a thing about it. So GM and Steve Moore both got their $500 out of me, as well as taking over three months to fix my car. Fool me once......I will never take my car here for service or ever think about buying another vehicle here again.

11/15/2014, 17:21 PM
Karl in Service is the worst person I have ever dealt with! I took my Chevy truck into Karl for the first time to get something fixed and they broke something totally different that I noticed right after I picked it up. I called Karl back 3 times for over a week and left voicemails but he never returned my calls until I went around him. Then Karl said they didn't break it but after my persistence had a Tech. take a look and he then realized they screwed up on something they did. Karl never apologized for their mistake or his terrible customer service. It took 2 days to fix their mistake and Karl was annoyed with me calling 2 times to check on my truck. I am sure he purposely kept my truck longer because he does not care. He never communicated with me and I don't know how anyone can handle him. It took everything in me to act professional and not loose it on him. I have dealt with Jim Guido in Service in the past once and he was great. Steve Moore Chevrolet should be better than this and I plan to use another dealer in the future. 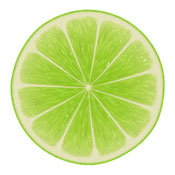 11/08/2012, 16:50 PM
Great buying experience! It's so refreshing to work with car dealership and sales staff who work hard to earn your business and respect your time and busy schedules. Never have I had a more accommodating and professional car buying experience. Thanks to Ty Jaco for his dedication, professionalism and utmost attention in putting the sale together and insuring I was happy with the deal and the vehicle. Thanks to Steve Moore Chevrolet for a great deal and an awesome overall experience with my purchase of a new Tahoe. I love the vehicle!