01/25/2019, 01:40 AM
We hired this amazing company for tile cleaning. Javier and his crew were amazing. They arrived at the scheduled time. Javier took measurements and explained to us what was needed and the price. He did not try to upsell the service. We agreed on the price an in under 2 hours the tiles were professionally cleaned. No bait and switch, exactly as described. I highly recommend this company and will be referring others to this amazing company.Thank you Javier.
Featured content 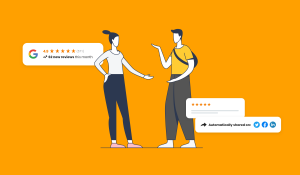 11/26/2018, 02:38 AM
Steam Care company was very good.The politeness and work was beyond expectation. I would recommend them highly . This company has an extremely nice person Javier

08/18/2018, 08:19 AM
I just had an Excellent experience with Steam Care. They repaired several spots where my cat had tore the carpet, and they thoroughly cleaned my carpet and tiled rooms. Very reasonably priced. I called on Thursday, requesting a Saturday service, and they were able to get me an early appointment. I recommend them if you need cleaning or carpet repair.

10/12/2017, 13:27 PM
While I contracted with them for over $7,000 in remedial work and was "OK" with the results. I also contracted for a much larger amount to do complete repair. A day after signing the contract, I discovered a number of items that created concerns, including the discovery that they were not approved by BBA, as stated. When my calls to come out and discuss the issues, nothing happened. I had issued a check for over $20,000 to begin the work. I immediately did a "stop pay" with my bank for the check and sent a letter to the company explaining why the contract was cancelled (overnight, requiring signature). Attempted delivery was made on September 19th, but I just received the return of that letter (10/11/2017) marked No House. I sent it to the same address you have on this report. Bottom line is that I did not suffer any loss and have moved on with other folks to repair my house. I do not advise anyone to use this company.