Top Real Estate in your area

10/12/2018, 10:06 AM
Firebird #14 Myrtle Beach We called before we left to let SCL know we'd seen a bad review and were assured it wasn't that bad! We had time to find a new place when we made that call. When we arrived (after 4) we were told to let them know if it was "bad" and "they" would make it right. By the way, you pick up keys after 4 because by the time you get to the rental you are tired, it is too late to move, and they getting ready to close. You find yourself having a melt down, reality sinks in at the sheer hideousness of the place, the realization that these people expect you to spend the next 6 days of your in this filth and to pay $1,400.00 for the privilege of living in a crack house. I called them in full meltdown. Didn't even want my dogs to stay in the filth: stained and nasty torn, giant gaping holes in the carpet, walls stained with dirt and God knows what, cracked floors in the kitchen, a tv that didn't work until my husband fixed it, the back porch filth ridden one little tiny loveseat to sit on and an old broken chair, mattresses so thin and the wires inside squeaking with strain at simply having a hand laid upon it, nowhere to stow food, barstools that have been wet (bathing suits, I hope :( ) a million times. I was told we would be refunded 300.00. Everywhere was closed, and full, there were 3,500 golfers in town for a big Tournament. So I went to Wall Mart, bought cleaning supplies, and mattress toppers and got busy (one day of vacation). Stayed out of there as much as possible. I think it was Monday I realized I was missing a piece of jewelry. Hmmm... The keys were not inscribed Do Not Duplicate. Did someone come in this place? I started looking. When i first called them I had mentioned it looked like a crack house, words that would come back to haunt me, read on... I started looking for my brand new bracelet, just got it for my birthday, beautiful little bracelet. Upstairs in the bedroom on the back, I had put my cosmetics in a drawer that I saw a smudge in but thought it was mascara and gave it no further thought. So I reached into that drawer and pulled everything forward to see if my bracelet, and looked down into my hand and was holding A TABLESPOON, BENT FOR BURNING DRUGS, REMNANTS OF DRUGS IN THE SPOON, BURNED, THE BLACKNESS ON MY HANDS!!!!! I FREAKED OUT!!!!! called them, screaming, angry, so angry, was told all my money would be refunded. took me one day to find a place, another day to move us via golf cart, three trips, humiliating, driving down the road like some vagabond with all of our stuff piled on this golf cart. four days of our trip ruined. and then, they did not refund any more money than originally stated, they charged us for every night we stayed in that S*&! H)&*$ . BEWARE OF SOUTHERN COAST VACATIONS WHERE NIGHTMARES ARE MADE TO REMEMBER FOR A LIFETIME *i became very ill when we got home, still don't know if it was from touching that spoon. Police Came and got the Spoon. Your keys do not say Do Not Duplicate. There is no pool even though some of the advertisements say there is a pool. THEY SHOULD REFUND MORE OF OUR MONEY, THEY LIE 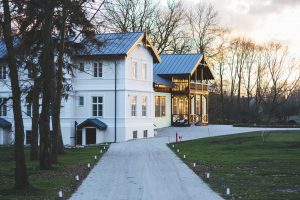