17 people are looking at this business

06/20/2019, 02:33 AM
I would like to thank Theresa Conners and Dr. Janowicz for helping me to have a braces and for being nice and sweet. This is a friendly dental clinic

03/13/2018, 10:48 AM
the dental team and Doctors are great. My sons teeth are so much better after the Doctors and staff began their work.But there is a woman in billing that is no better than a crook, she will charge you $75. late fees on a $87. bill and does not turn your check in to be cashed for over a month at a time. thats where the late fee is added most of the time. Really $ 75. dollar late fee on a $87. bill ,when i paid them $2000 up front. be WARE.
Featured content 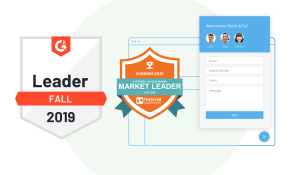 Why is Birdeye the Best Website Chat in the Industry?

Why is Birdeye the Best Website Chat in the Industry?