Tapas cuisine, a Spanish tradition consists of small bite-size snacks that are served along with drinks. The purpose being that of enabling the diner to have a steady conversation without focusing too much on the food. Sala One Nine offers this tapas menu comprising tortillas, toasts and sandwiches that can be shared by the group too. Accompanying this feast is chilled Sangria- another fine specimen from Spain that quenches the thirst and also leaves one in high spirits. Dine here and try the Spanish-style of catching up with friends with tapas in hand.

04/09/2019, 01:05 AM
A Real Spanish Experience Delightful tapas with generous portions. The atmosphere will transport you to Spain- warm and cozy "acogedor!" I was particularly impressed with the tortilla espanola. They have some very interesting items on the menu and a great Happy Hour. They also have Flamenco on Monday nights. Check it out!
Featured content 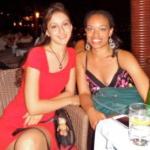 03/04/2019, 04:47 AM
One of the worst restaurant experiences The host in charge two Friday nights ago did not demonstrate good customer service from the beginning. I wanted a seat that was not at the bar and he stated in not the nicest tone they were fully booked and that I can sit at the bar or come hours later. Strangely though a waiter was able to find a find me a seat that was not at the bar. I ordered the croquettes with ham. I took one bite and couldn’t taste the ham. I asked a worker if I received a wrong order and he said they make large batches, so sometimes some of them don’t have the ham?? He pointed out a speck of ham in another one of the croquettes. He told me I could return it and that’s what I did. I ordered a red sangria, which was watered down. When I mentioned it to the waiter she just said oh sometimes it comes like that because its made in large quantities. After I sat down and waited a while I had to remind the waiter to get me the menu, and ask for the bread for the table. I didn’t complain about that, I let it go. When it was time to order I knew what I wanted to order because I checked the menu before arriving from yelp on grub hub which said paella for 2 $24. I glanced at the menu to double check this is what I wanted and placed my order. The waiter said this plate is meant for two and it’s very large. I told her its fine I’ll just save the leftovers for next day. She did not mention anything specific about the price. When the paella arrived it didn’t seem that large for 2 people to share. Upon taking two bites I noticed it was very salty. I was so hungry and I waited so long for this dish I didn’t mention it and just ate 3/4 of it. I also noticed the paella was a bit dry and stuck/burnt a bit to the bottom of the plate. When it was time to pay I reviewed my receipt and it stated $48 for the paella. I was shocked. I figured it was definitely a mistake since the menu did not say the paella is $48. I told the waiter and she immediately protested that she had clearly explained that 1 order of paella is 24 and 2 orders must be made, which she did not. She said the menu clearly explains this. I reasoned why would the menu say paella is 24 if you cannot order one serving. She said oh that’s if people want to place more than two orders, but it’s an odd number?? This is the most ridiculous explanation. I was polite and tried to reason with her but she did nothing to help. The waiter just left me there. She did not say lets see what I can do or let me get the manager to work out something to reach a compromise. Most restaurants want to try to make sure the customer leaves feeling heard and well taken care of. I waited for a manager to come to sort it out and negotiate something because I was misled by the wording of the menu and the waiter was not explicit about the price. After waiting awhile I was surprised no one came to resolve this and I needed to leave. The host had walked by the table several times and did not look at me or say anything. I left cash on the table covering what I ordered, including, tax and tip minus the $24 which I felt I should not have been charged since the menu and waiter were not explicit about the price and left. Seconds after exiting the manager chased me down telling me I needed to pay the rest of the fee for the paella. He did not let me explain and said his waiter was very clear about the price, and the menu is very clear (Sure it was). And threw in my face the he "took care of me" because he didn’t charge me for the croquettes that I did not eat? This is customary at a restaurant. If the food does not meet your level of satisfaction you are allowed to send it back. He acted as if he did me a favor. He then made comments that gave me the impression he held a particular bias against me and was making assumptions about me, which could have been racist since I am a minority. Comments like "I knew what was going on, we were watching you, do you always leave restaurants without paying the bill?" He threatened to call the police. I made the decision to pay the full bill, left no tip and will never eat here again. To top it off not only was the paella not good, but I got sick within 20 minutes of leaving and went to the bathroom 3 times that same evening. 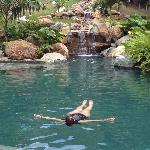 02/24/2019, 00:34 AM
Great dinner in a warm setting Honestly, we visited this restaurant because we were having a hard time finding a restaurant that served dinner at 4pm. Most of the restaurants we wanted to go to had their "breake" at that time. My husband and I went with another couple and my friends husband is Spanish and he was very happy with the meal as well. The chorizo was a little burnt but, I liked it anyway. The octopus was great, LOVED the shrimp in garlic/oil and the paella was very nice but, a little on the salty side for me because I don't use salt in my food because of high blood pressure so maybe it wouldn't be salty for the average person. We had two pitchers of sangria and that was very good as well. The staff was attentive and I would definately go back. The only thing my husband said negatively was the pricing. He felt it was very high for what you got. THE FLAN WAS TO DIE FOR! SMALL BUT DELICIOUS!