06/22/2016, 05:22 AM
This is a great office! From the time I walked in the door to the time I left I was amazed at everyone's kindness! The dentist is by far one of my least favorite places to go but Refresh has made it so much better! I am eager to switch my entire family over to this caring practice! Thank you!

03/08/2013, 00:24 AM
Go to them because of Dr. Nicklow. She is great. The dentalt tech I had is also wonderful. But, they charged me a $40. recheck for work done, to make sure everything was ok. Was not informed of this before hand. I wrote 2 letters after receiving the bills, still have not had a reply. Will NOT pay this till I hear from someone else. Going to seriosly think of another dentist. 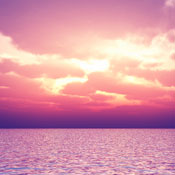 07/04/2012, 03:46 AM
I agree with all of the negative comments written herein. After being with Drs. Sedor and Mann and their associates, Refresh Dental was a great disappointment. The office is a zoo! People laughing and partying while I was receiving dental surgery. Always a different doctor was available. I had a crown fall out after a few months and they had the nerve to charge me for the replacement performed by a different dentist. Their billings amounted to a ledger of charges and credits in chronological order and all in medical terminology. I prepared a spreadsheet asking to see the date an operation was performed, a short, summarized description of the operation, the charge for services, and the amounts charged to my primary and secondary insurers and the amount that I paid or still owed. I discussed this with the office manager, Rod, who agreed to complete it. I never received a response, other than a summary email stating that instead of the amount previously billed (> $1,000) the bill should be $135. I emailed him that I would split this amount that dealt with the crown replacement, but never heard from him. I found the support staff to be very indigment and non-professional.

12/06/2011, 02:55 AM
Everything is Bad about this Practice! – My daughter was seen earlier this year by Dental Express, she was a former pt of Sednor & Mann, Dental Express referred her out for more dental work and she needed a root canal right away due to pain so we then called Dental Express back to see if they could end up doing it- The doctor did not tell her father nor did she mention to my daugher of what the plan of care was and when my daughter asked what he was doing, he said he was going to extract the tooth! Yesterday, went to a great practice and they are going to do all the work she needs done and save the tooth. Also, my husband had a leaking crown that had been put in by the former practice, In January went to Dental Express for f/u and was told it was fine. The actual ethical dentist that my daughter went to yesterday looked at and stated how bad it was fitted etc, lots of decay around the crown the said was fine and we appealed with the insurance company to replace the crown before the time period. While my daughter was in for the root canal consult, and I mentioned his crown being worse, the doctor came in stating "don't think you are going to get a new crown" Bad bedside manner all the way around and if this along with alleged unethical and poor dental care, they will not survive. Got all my records as I have been going to the old practice for many years and have all my appointments made for the awesome dental practice we went to yesterday and I feel so good inside ans they take care of people with a good soul and know what they are doing unlike this practice. Please listen to this review and don't go here.