Top Healthcare in your area

Since opening our first medical center in 1981, Patient First's vision remains the same: making access to quality medical care as convenient and cost-effective as possible. To achieve this objective, we have adopted and continue to embrace many innovative operating systems and practices. No appointments are necessary. Patients can walk into a Patient First center and receive prompt attention upon arrival. Patients who wish to see a particular physician or physician assistant can call ahead or visit our website to explore the dates and times when that person will be seeing patients. X-rays, lab tests, and prescription drugs are available on-site to save time and reduce the need for extra trip

11/28/2016, 16:22 PM
Two visits in less than 96 hours. Staff were nice but Dr. Hubble was awful. Had he been thorough the first time I wouldn't have had to go back a 2nd visit nor would I feel like roadkill. Apparently he was just filling in at this location on Friday, Nov 25. Saw an FNP today and was told I had a flu-like virus. I asked to be tested and was told it was too early in the season for the flu. I had to beg for Tamiflu. That's just ridiculousness.

11/16/2016, 08:01 AM
I'm very impressed with the layout, efficiency, cleanliness, and their professionalism. Our little girl was seen for an ear infection. We came and left within fifteen minutes, along with her medication.

11/05/2016, 15:40 PM
Just came the other night and ya, it may have taken two and a half hours. But my doc-in-a-box Dr. Jeffrey Smith was wonderful! He really explained to me what was going on and how I can keep it from happening. He was down to earth and has a wonderful personality while keeping it professional. Side note, I also love Dr.Scott at the General booth location. This is my primary care place and I know it normal takes one to two hours. 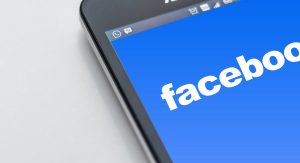 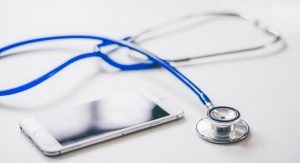 10/28/2016, 12:27 PM
I came in on Monday with just sniffles and feeling weak, I wanted to make sure it wasn't the flu because I am pregnant. The doctor took my blood, said it was a bacterial upper respertory infection, gave me an antibiotic and sent me on my way. Here I am 4days later 2X worse can barely breathe coughing up dark mucus and have no voice and on top of that I am being charged AGAIN for coming in and have been waiting 3 HOURS and still HAVE NOT BEEN SEEN.That means I'm paying an extra $40, minus a day out of being paid at work, and all because of a doctors mess up. . . Normally I wouldn't complain but THIS IS NOT THE FIRST NOR SECOND TIME THIS HAS HAPPENED HERE!

09/04/2016, 12:52 PM
Worst urgent care takes over an hour every time I have came here. Took my son with no other patients waiting it still took forever the guy who took us to the back didn't call him by name and was talking so sloppy we didn't even know what he was saying during his height and weight. No one looked like they were working just playing on their phones and walking around in some stupid neon shoes so trashy.. We couldn't wait any longer so we just walked out. Go to urgent care on great neck they are professional nice and fast.