Lively and vibrant, the Nauti Nancy's serves great food in a casual ambiance. If you want a simple dinner with your family or just want to catch up with your friends, this is the perfect place. With live music, delicious music and good service, you will have a good dining experience. So get some burgers and sandwich or sip some milk shake while enjoying the cool breeze in the patio. Visit Nauti Nancy's and you are sure to have a relaxing experience. 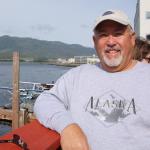 05/04/2012, 02:05 AM
Lunch inside - good food, nice friendly server! First time for me and others in party were returning! Enjoyable. Tasty. Priced fair. Sweet tea. Shrimp boiled looked great. Wings were meaty. Shrimp po boy just right! It's an delightful experience! I can't agree with " the worst" rating below. Sounds like it wasn't all bad. Go. Enjoy. See what you think. I think you will enjoy!

03/18/2012, 05:58 AM
OMG, Worst Restaurant Experience EVER!!! We love Clearwater Beach. We usually eat right on the island, but tonight we decided to venture out and chose a restaurant from Trip Advisor, which usually is dead on as far as restaurants go. Nancy's was easy to find. It had a very cute patio area; however, they allowed smoking in this enclosed area, so it was very smoky. That would have been okay, except the world's worst musician was playing with GIANT amps. We chose to eat inside. We did however video tape the entertainment and put it on facebook because ir was so awful it was hysterical. The drink menu is very limited. The choice is beer, wine, or soft drinks. We were hoping for daiquiris. We both figured this was ok, and we were flexible and had sodas. The service was slow, but the waitress was nice. The owner, Nancy, walked around and greeted customers. My husband ordered a BLT but without lettuce. It was a huge sandwich, and although there was actually too much bacon, the sandwich looked ok. My husband referred to it as “bacon cake”, and could only eat one triangle of his sandwich. My meal was "lemon and capers" tilapia with rice and vegetables. It came out on a plate and the vegetables were unrecognizable. There were so many capers I thought at first they were peas. The entire meal was soaked in lemon juice, so except for the tilapia, it was inedible. I would not recommend this restaurant. 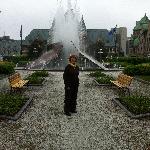 02/20/2012, 02:22 AM
Save room for the bread pudding! Off the "Beaten Track", just off the Pinellas Trail. Garage and outdoor seating plus an indoor dining room . Large,varied menu. Very reasonable prices. Fish tacos were excellent,two,I could only eat one. Spicy and lots of fresh cilantro . My husband enjoyed the very large southern burger. The real reason to eat here is their delicious bread pudding. So good. Our bill, $ 19. What a great spot for lunch or dinner.
Featured content 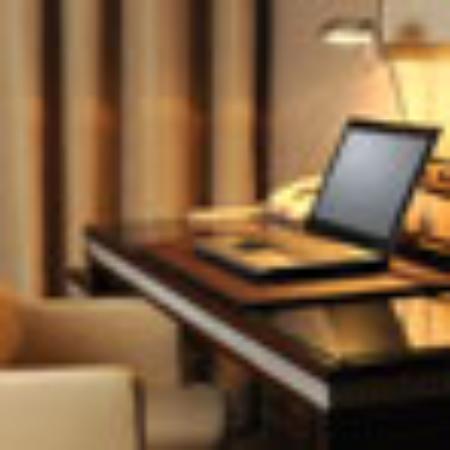 02/12/2012, 04:28 AM
Probably not for "destination dining" but charming, fun and good food I'm really pleased I found Nancy's. If you think of a lobster shack type of cafe/bar/restaurant shifted a couple of blocks inland, you'll be in the right area of expectation. It's fun, but you are going to be disappointed if you expected valet parking. What it IS is charming, friendly, well-priced and with some wickedly good food. The atmosphere might best be described as "alternative" rather than mainstream. The immediate neighbourhood is not the best, but Nancy seems well integrated into the community - and there ARE at least three churches on the block, so redemption is always on hand. There's an inside with six or so tables, and a long bar with seating. Outside there's a yard at the back with more tables and a bar area. Food wise the seafood menu is great and well executed - though simpler is always best in this area. For me, the disappointment is that the menu wanders off into the complicated combinations of cheeses and meats and breads that make up the standard US offer in fast-food places. This means the (small) kitchen gets over-stretched at busier times. I'd like to see an emphasis on what Nancy does really well, with a much simpler offer on the burger-front. Service is friendly and helpful. Clearly there are a lot of regulars to be served, but the cliquey atmosphere that situation can engender was not a problem here. But it can be sloooow, although when it's at it's slowest, there's plenty of entertaining side shows to keep you occupied.

01/02/2012, 03:03 AM
Surprise Nancy is an amazing chef. Her and her partner create awesome food that you would find in a 5 star place. Nesteled in an obscure location off the tourist path you must find it. Do not be intimidated for you will be welcomed with open arms. I have been to the well known beach places and this is better and less expensive. A must.

11/17/2011, 03:33 AM
Karaoke Bar with bar food Having read the reviews, we expected a more extensive seafood menu. Instead we found bar food and a fun karaoke bar. It was not really a dining kind of place. Overall a pretty average place. 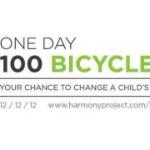 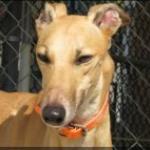 08/17/2011, 04:18 AM
Finally had the pleasure to eat at Nauti Nancy's Wanted to drop a note to let everyone know that we live locally in Palm Harbor, FL. I had seen several local reviews for Nauti Nancy's - everyone was RAVING about the place. We finally had the chance to get down to Clearwater last night and see for ourselves. It was a pleasure to meet Nancy and her staff - they are all WONDERFUL folks very friendly and helpful. Their location is in a bit of a questionable area of Clearwater. However, we LOVED it!!!! I can't tell you what a refreshing experience it was to go in and enjoy the FABULOUS food and staff. The place is immaculate inside and out. There is addtional parking across the street. I asked if there had been any problems after dark and so far NONE. They have a band most evenings out on the patio. There is a small inside area for dining and a larger outside patio - that did have shade by the dining hour. The menu is rather unusual and so GREAT! Nancy did tell us that she is even expanding the present menu. Everything and I mean everything is made from strach when you order it. And, there is a very nice surprise that comes at the end of your meal that is complimentary. The prices are AWESOME! The ingredients top grade. It's a little hole in the wall place - I love these types of places as you often find a hideen gem. It's very casual - give them a try and ENJOY. NO SNOBS tolerated LOL

08/11/2011, 01:00 AM
It was a rainy day and decided to go for lunch. What a breath of fresh air. The owners Nancy and Pam were very friendly. Kind of an eclectic place with the bar being in a garage. Our food was awesome. Would highly recommend this place and will certainly return. They have a patio and music several times a week. A HIDDEN SECRET that everyone needs to find. Keep up the good work girls, you certainly have a niche!