05/01/2014, 13:58 PM
What an awesome concept, preserving your flowers and capturing those memories for many years from the special wedding day!!

05/01/2014, 13:10 PM
Thank you SO much for the amazing job you did on my wedding bouquet it's absolutely perfect!
Featured content 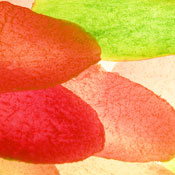 04/24/2014, 12:06 PM
Able to provide a beautifully preserved floral bouquet. They shipped all required materials in order to properly preserve my bouquet and ship it to the vendor. I had a design specialist call me to place my order to help pick out the best materials to use as the background as well as frame. They also said to send them additional items like the wedding invitation that can be included in the frame as well. It was a lot of money to preserve the flowers, but it was important since my mom had done the wedding flowers and I wanted to be able to keep it.

04/24/2014, 10:47 AM
Keepsake Florals was incredibly reliable and easy to work with although it took some follow-up. The preserved bouquet turned out perfectly and is such a cherished memento of my wedding day. We couldn’t be happier! 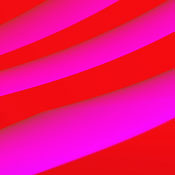 03/10/2014, 11:26 AM
I didn't want to believe the other reviewers and am now majorly regretting not listening to them. DO NOT ENTRUST THEM WITH YOUR MONEY OR FLOWERS. I sent them my bouquet after my wedding for preservation, and when I finally got it back (six months later!) what they sent looked NOTHING like what I had sent them, they replaced all of my flowers with ones that looked nothing like mine, changed the corsetting on the flowers, and made what looked like a lifeless, dead mess in a frame rather than my beautiful bouquet. PLEASE DO NOT WASTE YOUR MONEY. Mine ended up costing over $750! I would never hang up what they sent me in my home, let alone see it as a loving keepsake. What a disappointment...

05/22/2012, 18:02 PM
Amazing – We have an amazing lifetime memory of our beautiful wedding. From the time that we sent our flowers in to the completed shadow box, we couldn't be happier. Every person we talked to treated us like family and made sure we were getting exactly what we wanted. This was the bouquet from our wedding. And we were nervous to send it off and have it preserved. But everything was handled perfectly. Our teardrop bouquet was preserved in a shadow box with a silk background and a black Hampton frame. The oranges and pinks from our flowers are richer and bolder and look exquisite in the design we talked through on the phone. Their significant experience and catalog of options that showed you how your bouquet could be preserved help male the decision to choose Keepsake and I hope you do too!!

10/04/2011, 20:29 PM
disappointed and not as presented – August 2010 I shipped my daughter in laws flowers to Keepsake in Orlando. They could not have been nicer and more assuring that everything would be perfect, even if in shipping there was some damage to the flowers, their process would whitten - with a photo they could match exactly what the flowers looked like. September 30, 2011 I received the flowers in the arrangement I drove to Orlando to design and confirm I was getting what I wanted. Well...it is not close. The flowers have BROWN edges and look half dead. The layout is out of proportion, the frame overbearing, the flowers barely there they are such a small arrangement, and other details not as discussed. This took 16 weeks after the flowers were preserved and ready for design. This was an investment of $900. plus....WOW, how disappointing. I am embarassed to give the floral to my son and daughter in law...it is going in the garbage. If only the reviews were here when I was researching floral companies.

08/01/2011, 22:03 PM
if only words could do justice – as my headline says i'm not sure words can do this place justice but i am going to try, keepsake floral claims to be a professional flower preservation company, in the process of claiming to be such if you speak to one of there consultants they will inform you that keepsake will preserve your flowers in a lifelike manner that will last a lifetime, if they believe the claims they have made are true then i would hate to see what they call below standard or untrained flower preservation. my wife sent her wedding bouquet to this place to have it preserved and put into a shadow box, we paid nearly $600.00 for this service, when the flowers were completed and returned to my wife and i we were both stunned to find that upon opening the shipping box her flowers came in that the flowers looked dead and not at all life like. upon contacting keepsake we spoke to Dana the owner who apologized and said if we would send the flowers back they would fix them (getting to this point took alot of effort arguing and threatening, so much that i would have to spend the day writing it all so just imagine the stress of someone shooting your grandma in the hip and then running her over 3 or 4 times and then claiming it wasnt there fault) keepsake sent a return label and we sent the flowers back, after keepsake got the flowers Dana called and explained to my wife that keepsake had forgotten to put a second coat of paint on the flowers, however they also said that several pettles on the flowers were damaged and that they had to go in and replace them, if they just forgot a little pain then why did they have to replace petals? Today 10 months almost to the day after our wedding my wife and i recieve the supposedly completed life like flowers and imagine that they still look like some drunk guy put them together jumped in his truck and put them in a pretty box. I will never recommend this depressing excuse for a professional business to anyone and i will do everything in my power to make sure they dont do this to anyone else.