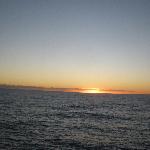 10/14/2015, 03:33 AM
Amazing food at very reasonble prices! My husband and I stopped here for lunch. We were a bit apprehensive because it is situated in a strip mall and doesn't look very appealing from the outside. We went inside and there was only one other person in the restaurant and she was sitting at the bar. We went ahead and ordered. I had the fish tacos which came with a side of rice with craisons. This meal was fantastic. The fish and toppings on my tacos was very fresh and juicy. It was really messy to eat but tasted great! I really liked the rice. I had never had it served with craisons. My husband had a grilled fish sandwich which he said was really good. The portions were huge. We will definitely be back next time we are in town. 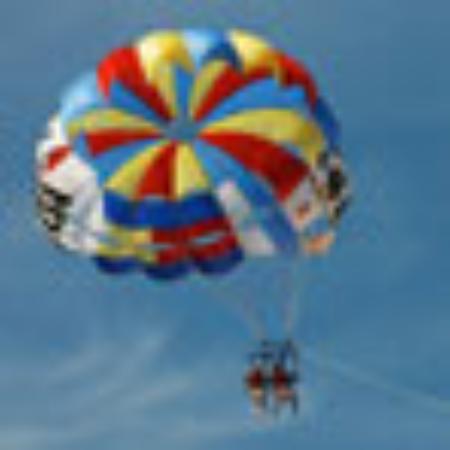 09/21/2015, 07:46 AM
Good Food, Reasonably Priced We had a Pittsburgh-style "salad" (forgot the name) with steak and fries on top of it and fried flounder sandwich - both were very good. Very friendly staff. Affordable prices. Huge portions! :)))))

09/19/2015, 05:34 AM
Disappointing.... The first time we went the food was good. The second time we went we weren't too happy with our food. We gave it one more chance and won't go back. My chicken tenders were cooked good, but I had to ask for a dip. The fries were too salty. My friend ordered buffalo chicken wings and got a chicken and ranch sandwich with buffalo sauce, cheese and lettuce and tomato on it. The server/owner Zack thought he said sandwich. Zack really shouldn't be the bartender and server. We won't go back.
Business Response:

Good evening, We at Icons pride ourselves in putting out high quality meals and we regret your last visit was less than stellar. We would like to invite you back for another opportunity to make it up to you. You said you wanted to try our wings, stop by on Monday, it's wing night and live music! Please let me know when you stop in! Eric Chef/owner 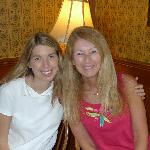 08/10/2015, 13:17 PM
Reasonably priced! A recent visit for dinner was a pleasant surprise. When we pulled up we weren't so sure about going in but decided to give it a try. Everything we ordered from the onion rings to the Ty Cobb salad to the pulled pork was delicious. The drinks were very reasonably priced. Being a sports bar I knew not to expect much of a variety but the price made up for it! It was fairly empty and the service was great and friendly. All of the ingredients were fresh.
Business Response:

Thank you for the kind response. We are an everyone knows your name sports bar and take pride in our food. Our menu was hand selected and is made with the freshest ingredients. We hope to see you again ! Eric Chef/owner 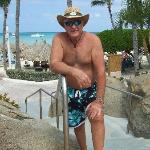 06/30/2015, 17:24 PM
Great Chicken Wings A Small place but great chicken wings and a super Margarita, Zac the bartender knows how to put a very good Margarita together. Price was fair and food good. It is across the street from my residence , very convenient.
Business Response:

Robert, Glad you stopped in! We are known for our wings..stop in on Mondays, it's wing night and we have live music!! Hope to see you again soon, neighbor !! Eric Chef / owner 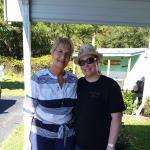 05/20/2015, 09:23 AM
Shrimp and Grits The place looks like a hole in the wall in a strip mall. I walked in with a friend and sitting at a large table were about a dozen policemen, in uniform. And one guy at the bar area. So, I thought well, police folks should know a good place to eat. Right? No one else walked in while we were there, which was 1 1/2 hours. We ordered something to drink and placed our order. Well, 1 hour passed, and we were both rather hungry. We didnt ask about it thought certainly they will bring out or order soon! And so our food arrived. I had shrimp and grits. a whole 4 medium sized ones. It was a tasty cheese sauce but a bit oily, and the shrimp still had the tails on, so I had to stop and remove the tails that were still attached. Also, throughout the whole sauce and grits were bits of shrimp casings? Perhaps if I ever go back I wont order that off the menu. My friend said her sandwich was 'okay'. I think it was some kind of beef on a hoagie roll. 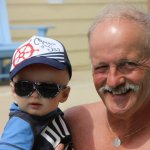 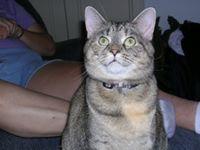 01/02/2015, 03:48 AM
Nice friendly sports bar Met friends here recently on a Sunday - had a great time. Good food, reasonable prices and friendly and accommodating service. The create your own burger is fun, burger is excellent as were the fries.
Business Response:

Thanks for the great review!! There are endless possibilities with the draft burger!!

11/08/2014, 13:30 PM
Best wings on the beach........... This is a sports bar so don't go expecting the abeyance of a restaurant - bar yes, restaurant no. The two owners Zach and Eric a just two nice young guys trying to make it in a very competitive market and doing a very commendable job. Their efforts to have a more creative menu than most bars is succeeding. I have been there about 20 times since they have opened and have taken numerous friends. I have yet to have a bad meal. I would put their chicken wings up against any in town. Try their steak, fish tacos, prime rib or pork chops if they are featured the day you go.Their prices are amazing for the quality of their food and it's well worth the effort of going. They feature daily specials and their happy hour menu is great and more than affordable.