Great Expressions Dental Centers provides access to affordable dental care without sacrificing quality or convenience. Our talented and dedicated doctors and staff put the patients needs first because our patients rely on us to improve their oral health and we deliver it; one smile at a time. Choosing a neighborhood dental office is an important decision. Great Expressions Dental Centers has been a leader in providing preventive dental care, orthodontics, surgery, and cosmetic dentistry to the communities we serve. We are consistently recognized for our contributions to improving oral health care through quality and safety initiatives, affordable dental care services, patient convenience and

04/06/2015, 01:11 AM
Very nice and polite staff. There wasn't that long dreaded wait to see the dentist. The facility and equipment could use a facelift though; that's the reason for the 4 starts. Otherwise, I would give it a 5.

10/20/2013, 02:50 AM
Does this provider leave you on hold for a long time when you call? I usually have to wait on hold for quite a while, but not as long as some other places Did you receive sample toothbrushes or toothpaste to take home? No, I didn't receive anything at all Did this dentist offer you anesthetic when appropriate? No, I was in pain, but they said I didn't need it Did you experience any unnecessary pain while your teeth were cleaned? A little. I wish they had been more gentle Was the chair you sat in during your dental procedure comfortable? Yes, it was comfortable

08/27/2012, 02:59 AM
Did this provider answer all of your questions? Every question I had was answered thoroughly Was this provider's staff friendly? Yes, they went above and beyond Did you leave the office feeling satisfied with your visit? Yes Was this provider's office easy to locate? Fairly Easy 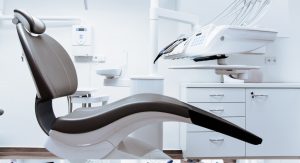 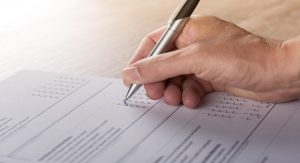 05/01/2012, 02:06 AM
They NEVER pick up the phone, which is beyond frustrating. You have to actually go there to make an appointment. I left work early TWICE this week and the office was locked up for the day at 3:30!!! Ridiculous! I'm dropping them immediately.

11/30/2011, 06:25 AM
Waiting Game – Not happy with how long I have to wait until they submit the estimate to my insurance. I am currently in pain and want this to be over

06/30/2011, 02:11 AM
Did this provider have an entertaining selection of waiting room magazines? Yes Was it easy to find parking at this provider's office? Yes, it was convenient Did you experience excessive oral pain after you left your appointment? Not at all! I felt fantastic when I left Did this provider ever dismiss your concerns as unimportant? Never, they go out of their way to address every concern of mine immediately

11/01/2010, 03:01 AM
Poor service...and then some. – My family went to this office almost 6 months ago, and my wife told me these people were rude. After getting the explanation of benefits from my insurance, we noticed that they had billed my insurance for procedures they did not perform. Upon looking even further into the EOB, we found that they had also billed the insurance for a procedure that they also said we had to pay out of pocket. Which we did pay before leaving. I called them several times, getting the run around the whole time. I was told that the amount owed to me was half of what the procedure cost because they had returned to the insurance co, the money they had billed them for the procedures not performed. When I explained to them that they can't take my money to pay for their mistake they acted confused. To this day, almost 6 months later. They still have not returned all the money to the insurance co, and still have not refunded any of my money paid out of pocket. I was told they would keep the money for future appointments. Over the past two weeks I have called every single day to speak to the manager. On two occasions, I did get to speak to the manager directly, and have been given several different excuses for the problem, but every time we go over it, with the paperwork in my hand, they have to check with someone else, have a new reason for the "mixup", but we are still no closer to resolving the issue. I feel like I am being "avoided" now. This person has not returned a single call yet. I have been told you will recieve a call tonight, by tomorrow, and from their corporate office "by the end of the business day today". Needless to say, the call has not happened. They still won't refund my money, or the insurance co either. In my opinion, that is outright theft, and I am considering other legal actions. My family will NOT return to this office, and probably not to this company if the issues are not resolved in a timely manner. According to my research, their actions constitute insurance fraud, and in my opinion, they have "stolen" my money by demanding payment of covered items.