Compassionate Veterinary Care for Your Pet’s Health Not only do we provide excellent pet health care and pet surgical services, we also offer pet boarding and play days at our beautiful, Hill Country facility. Four Paws has a warm, compassionate staff that will love your pets like they were their own and an environment that feels more like a home than a trip to the veterinarian. Come visit us to meet our friendly staff and tour our bright, clean, and airy facilities. We provide a full range of services, including internal medicine, dental health care, surgical services, pet vaccination programs, boarding, and pain management to ensure your pet’s quality of life. We understand tha 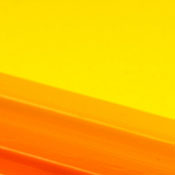 12/01/2012, 10:14 AM
Wonderful wonderful vets. They are very caring, even wrote me an email to ask how my dog was on a Saturday! They know what they are doing, their prices are very reasonable! I have been to many vets and so very happy to finally fnd a vet I can trust.

07/30/2012, 03:18 AM
We have been going to this vet since we moved in december 2011. So far our boxer who is 7 years old had a severe eye problem. When I called on the phone they said to bring him in, so we did, they gave him drops with steroids in them which made his boxer's ulcer worse. We made another appointment for his eye and they switched his medicine and this time told us they don't specialize in eyes and gave us the name of a great eye dr. Of course that was after they took my combined $400 for both visits and meds and did not help my dog at all. Then our dog had a hemotama in his ear, which he has had before. We went in and told the young vet that he has had one before and the last vet drained it and it never came back. She proceeded to tell us that she never drains hematomas because they ALWAYS come back. She gave him a round of prednisone and convinced us this was the best option. Of course it did not work and we had to schedule yet another appointment where this time I demanded she drain the ear, give him antibiotics in case of infection. The moment before she drained my dog's ear I asked her how many of these she had done. Her answer was "none, this is my first". But just two weeks before she told me how draining the ear NEVER works, yet she had never even performed this? Well it did work, 3 weeks later his ear is fine and I am out 250 bucks for both appointments when one would have been sufficient if she had done not only what we asked, but what we told her had worked the 1st time he had had one. I am not going to this vet anymore for two reasons and I would not recommend them ever. The first being that multiple appointment costs multiple dollars. They should have told me over the phone that they do not deal with eyes and sent me immediately to a specialist. The vet should have drained his ear the first time. The second reason, is that I called to let them know how disappointed I was with their service, spoke to the manager and she assured me that the owner would call me. Well it's been a week since that call. So my money is good for them, but my satisfaction with their services seems to be something they don't care for at all. On a side note, I have never been to a vet that uses carpeting. This vet does and let me assure you of the smell. It's just plain gross and not hygenic.

07/10/2007, 17:16 PM
GREAT SERVICE! – I am highly amazed at the customer service here. I have never had to wait past my appointment time. The technicians are so nice and will be honest with you if they can't answer a question, they will ask the doctor! The doctors are very understanding and so nice, they will not leave until they have answered all your questions. The reception always greets you will a smile and that is what I love to see! We recently had to put down our cat, and let me tell you it was not an easy decision, but with the help and understanding of the staff here it was a little easier. They even sent me a precious paw print... which I will adore forever. They are such an amazing blend of people I wouldn't go anywhere else. THANK YOU FOUR PAWS!