13 people are looking at this business

Flyte World Dining and Wine provides Nashville guests with flavors and wines from around the world in a classy, upscale bistro style restaurant. The constantly changing menu at Flyte includes such delightful entrees as Parisian Gnocchi, Ellensburg Farm Lamb Saddle and venison loin paired with appetizers and salads such as beef carpaccio and poached pear salad. Selections are designed by the chef around seasonal availability with the use of intriguing fresh ingredients. In addition to the standard dinner menu, Flyte also offers a special fixed price three-course meal. Reservations and a jacket are highly recommended.

01/28/2007, 06:43 AM
Fun with the flites of wines – The space is great. My boyfriend and I even had what we thought was the best table in the house. The food was just not great, really not even good. None of the flavors worked well with each other. It was like a tasting that wasn't well thought out. We might go back for drinks but not a full dinner. 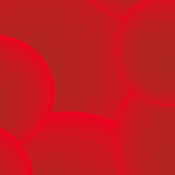 12/02/2006, 15:37 PM
Best in Nashville – Flyte provides an extraordinary array of wonderfully prepared dishes. Each is like an impressionistic painting: beautiful and well-constructed. The cooking techniques are perfect and the flavor combinations are inspired. There is a very unique wine list that is better annotated that any that I have ever seen.

11/22/2006, 09:12 AM
A future Classic in the making!!! – I love restaurants! There is nothing like going out and enjoying a true package deal. From the moment you walk in to the moment you walk out, you feel that you got an experience. I personally feel Flyte is on to something. Nashville is rapidly making a name for itself as one of the preimere restaurant towns in the U.S. And guess what? Flyte is helping the needle move. The fantastic menu, the superb knowledgable staff, the warm inviting dining room and the revolving world class wine list will make anyone go " Wow !" One of the many cool things about Flyte is their 18 bottle wine perserving system. There aren't many places you can go to and enjoy a glass of Domaine Serene Evenstad Res. by the glass or Jocelyn Cabernet by the glass. Man that is cool!!! They also have a anti-pasta menu. It's like going to a sushi bar but with meats and cheeses. What a great concept!!! This is no flash in the pan fad place. This is a future Nashville Classic in the making. They are here to stay!!!! There are thousands of spots to choose from when you go out. But if I were you, you should put Flyte in your restaurant rotation. YOU WILL NOT BE DISAPPOINTED!!!!! By far one of the best in town!!!
Featured content

11/21/2006, 17:09 PM
As good as it gets! – Saturday night was my third time dining at Flyte, and every time its been better and better. I've been waiting to write this review to see if the first time was a fluke or not, but I can now write with confidence.... Flyte is fantastic! We didn't make a reservation and they were completely booked, so we sat at the bar (which is gorgeous by the way). The wine list format is unusual (in a good way), with lots of information and even pronunciations for foreign wines. I'm a wine drinker and most of the list is unfamiliar to me, but I like to experiment! As far as I can tell, there isn't a bad bottle on the list... and I've tasted about a dozen by now, thanks to the cool "wine flytes" which let you taste three wines at once. The food, for the third time in three weeks, was superb... but I was disappointed to see they had taken the tuna off the menu (which was so good I'd ordered it both times up til then). I went ahead and had the swordfish and was even more impressed. The presentation was simply stunning. Berries and painted sauces adorned the dish. Mushrooms and some other vegetable I can't remember (squash?) were so beautiful and delicious they almost outshined the fish (almost). The fish was perfectly cooked and seasoned, with just enough sauce to let the flavor of the fish shine through. The sauces were absolutely delicious. They also put an unusual lemon drink ON THE PLATE with the fish which I was informed was to add acidity to the dish and cleanse the palate. Very cool. In fact, the only negative I can think of is that the temperature in the women's bathroom area was very cold, which I was told they are working on fixing. Other than that, Flyte is a winner. We can't wait to go back! PS - I should say that my other two experiences were in the dining room, where we had *perfect* service both times. BOTH owners (both named Scott, as was our server!) visited my table on one occasion to make sure we were happy. We were! We'll be back soon, and often.

11/21/2006, 03:27 AM
Easily Nashville's Best New Restaurant – The minute you walk into Flyte you can?t help but notice it has a cool, sophisticated vibe. The colors, the lighting, the art and the music all lend itself to a warm and inviting experience. My husband and I have eaten at Flyte several times since they?ve opened. We?ve never been disappointed. The staff are friendly and accomodating and the owners are personable and accessible. Whether lounging in the comfortable bar area or eating in the dining room, you can?t go wrong. We particularly like the antipasti menu and the small portions (flytes) of soup, salad or dessert. The flytes of wine are a great way to try a variety of different wines at the price of a glass. Overall, the wine list is diverse and affordable. Every wine is available by the glass and the staff is more than happy to let you taste a wine before you commit to a glass or bottle. The dinner menu keeps getting better and better. Some of our favorite appetizers include the buffalo spring rolls and the Mason-Dixon shrimp. For entrees, the lamb loin, ahi tuna and vegetable wellington have all been outstanding. If you are looking for a dining experience, head to Flyte now. This is the best kept secret in Nashville, but it won?t be for long.

11/20/2006, 10:30 AM
Underwhelmed! – Small Portions. High Prices. Mediocre Flavor. Super Disappointed. I checked out Flyte this weekend. The atmosphere was lovely, and my server was exceptional, but the food left something to be desired. I ordered a fish entree. The discription sounded lovely. In reality, my entree was was a small portion of slightly overcooked fish, brought to me cold, with little flavor. The sauce the fish was to be served with was used as a plate garnish, rather than a accompaniment. The other people I dined with where disappointed with their meals as well. I would recommend Flyte for wine and tapas, but nothing more.

11/13/2006, 09:26 AM
Great new addition to Nashville – Although the location of the restaurant seems odd at first (located next to one of Nashville's "Adult" venues), once you walk in you forget where you are and feel right at home. The warm, inviting colors of the walls, the amazing artwork... I had the pleasure of sitting at the chef's table, located right beside the kitchen where i could see al the action. Although not for all as it was noisy and fast-paced, being a total foodie, I enjoyed being behind the scenes. I highly recommend starting off with the antipasta plate, in which you chose your own cheeses, meats, breads, dips, and crudites. Great to nibble on while deciding on dinner. The wine list in another winner I especially loved the way each wine is listed with its origin, flavors, and pronunciation so you don't look like an idiot when ordering your favorite french or italian wine!! Also, their selection of "flytes" or small tastings of each salad or soup is a great idea and just the right amount. The menu changes a bit daily, so you are likely to get something new and fresh upon each visit. I highly recommend Flyte...even if just for wine and appetizers.

11/01/2006, 06:18 AM
reason to be proud – It's apparent from -- (1) the decor (from the warm glow of the lighting to the neutral toned tiled bar),(2) the carefully chosen wine selections (divided on the list not just into white and red but Old World and New World as well) and (3) of course the inventive but delicious menu -- that the owners and staff of this place take great pride in presenting their customers with a great experience. I sadly cannot afford to eat dinner here each and every day of my life, which I'd like to, but there's also a cheese and small-bite menu at the bar, so you can stop in and enjoy the casually elegant ambience if you can't do a whole meal each time. The staff is very sweet and knowledgeable and can help you choose "flytes" for sampling different flavors of foods and/or wines.

10/30/2006, 12:46 PM
Restaurant and wine bar serves global cuisine and drink to a downtown crowd in a comfortable, yet refined atmosphere. – In Short At this open industrial space between SoBro and The Gulch, diners can sample both wine and select menu items in flights. Underneath the exposed duct work, walls of brick and painted cinder block in gold and rust keep the ambience warm along with flickering candles on the tables. While barflies might choose a flight of three small salads, soups or desserts, worldly entrees of fish, steak or lamb are also available throughout the restaurant.