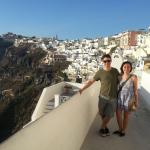 06/02/2015, 05:36 AM
One of the Best Cocktail Bars I've EVER Been To (And I've been to a lot) We ended up here kind of on a whim when visiting some friends in Philly. I had never heard of the place, but we had gotten a recommendation, so we decided to try it. We were incredibly impressed and had one of the best drink experiences we've ever had. The first thing I noticed when we walked in was one of the bartenders with a hatchet and a hammer carving their own ice from a large crystal clear block. I was impressed. We were got a friendly greeting and a comfortable welcome. I was relieved because we were just turned away from a "speakeasy" style bar because we didn't fit dress code (at 6pm...) I was initially a little nervous because of the huge amount of syrup and bitters bottle on the bar, but we would soon be shown that they certainly knew what they were doing with them. We had a group of four, and our two friends are mostly beer drinkers and very unfamiliar with cocktails. The menus were large, and divided into at first not so easy to distinguish categories, but they were all solid. There were really no frills, just a great selection of unusual classics and their own creations ranging from light and fruity to very booze forward. My interest was piqued by a hot sazerac with an absinthe flambé. When the bartender came over to take our order, I mentioned that this drink sounded interesting, and It was at this early point in the evening when I realized that we had found something very special in Emmanuelle. Rather than the usual cocktail bar derision and pretension, this bartender (I'm sorry I do not know her name) was enthusiastic and excited to talk. She was not only patient with our friends new to the cocktail world, but seemed genuinely excited to guide them through the menu. One last thing about the menu that I think really captures the attitude at Emmanualle. In the back, was a fairly expansive glossary of both classic drinks and different liquors, alcohols, and mixers found on the menu. So now, instead of getting a snarky answer from the bartender because I'm unfamiliar with an ingredient in a drink that turns out to be a Croatian liquor flavored with a flower that blooms seasonally in one region of their mountains, I can just flip to the glossary. (Although here, I think they would be more than happy to chat about this). Then the drinks came, and they were all fantastic. The hot sazerac was really great, although maybe a bit thin in body from the addition of a little too much hot water. But, the botanicals were really released by the heat, and the flambéed absinthe was far from a bar trick. The caramelized sugars really added to the aromatics in the drink. Unfortunately, as this was the first round of many for the evening, I cannot go drink for drink in a description of what we had. Suffice it to say that they were all great. I especially liked the nods to "The Big Lebowski" in many of the drink names including the "Over the Line" which was appropriately my last drink. This was a big boozy drink with among other things, Swedish Punsch and overproof Jamaican Rum, that was surprisingly very smooth. Later in the evening another male bartender came on, and he proved to be just as great as the woman earlier. It helped that it was a slow-ish evening, but we chatted for a long time about cocktail's and ingredients, and he gave me a small sample of some things I was unfamiliar with. My fiancé and I live in Brooklyn and we've visited a lot of cocktail bars all around the country including many of the big name places. Emmanuelle is close to or possible even at the top of the list. There have been few places where we have gotten such great service, and here the drinks really backed it up. It's been disappointingly rare to find this combo, and Emannuelle really had it. I thought Emannuelle was as good as PDT, and better than a lot of other the big name bars we've been to. I will go back to Philly just for this bar.
Featured content