Dr. Neelima Chiru is a dentist treating patients in Tucker, Georgia, and the surrounding communities. She has been in practice since 2001 and welcomes patients of all ages. Dr. Chiru’s warm personality helps put her patients at ease while they receive dental care. Dr. Chiru is a member of professional organizations including the American Dental Association and the Georgia Dental Association. In order to pursue her doctoral dental degree, Dr. Chiru attended the Boston University Henry M. Goldman School of Dental Medicine. She has received training in all facets of dentistry. Dr. Chiru also keeps her practice up-to-date with continuing education initiatives. Patients visiting Dr. Chiru c 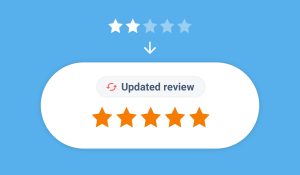 11/26/2014, 06:32 AM
Receptionist or scheduler was rude to begin with. Arrived at appointment for cleaning and first person told me they couldnt get in to access the forms that I had completed through Zocdoc, and asked me to refill out forms I had already completed. Then told me hygienist wasn't in the office today after I was scheduled and I PERSONALLY called the office on yesterday to confirm my appointment. Made an appointment but not sure I will be going back.. its been a problem with this office since scheduling, one thing after another and this was the last straw for me.

11/07/2014, 10:54 AM
Dr. Chiru was very professional and made me feel very at ease. I told her my goals and she was very understanding. She assisted me with creating a dental plan to help me get my oral health where it needs to be! I also has a root canal and it was surprisingly pan free! I've heard so many horror stories about that procedure, so at first I was actually quite nervous. However, I was pleasantly surprised! I will definitely be going back!!!