Community Connections Inc is located at 296 N Maple Grove Rd, Boise, ID. This business specializes in Physical Therapy and has 14 review(s) with a star rating of 3.1. 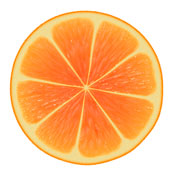 07/09/2015, 02:36 AM
Community Connections is a great company. The staff care about their participants and put a lot of time and effort into getting to know them, making connections with them, and ensuring that they have the best possible services provided. CCI follows state protocol to the T, and always practices integrity in everything they do. The office professionals are friendly and supportive of one another. The administration is hardworking and supportive. They are always available to assist professionals, staff, participants and families, and ensure that they are happy with their services. Tiffani is very friendly and giving. The staff and professionals are lucky to have such great benefits and training. The company is extremely family oriented as well. This is by far the best DDA in the Treasure Valley.

07/08/2015, 09:10 AM
CCI has provided me with many opportunities throughout my short time with them. I cannot thank them enough for their encouragement and support. It is very refreshing to have such a close team and Admin that truly care. I genuinely enjoy seeing and getting to know all of the participants that come through the door on a daily or even weekly basis. And by the way... David rocks! He has the best interest of the participants and employees in mind and the angry people who have written terrible things about him on here clearly did not have the same interests and got called out on them. I would recommend CCI to anyone who is looking for respectful, honest services.

07/08/2015, 07:26 AM
I have worked for CCI for over 6 years because they have treated me fairly. I have seen over and above service in every single department. The Developmental services are awesome and seeing the participants learn and grow is really satisfying. The Residential Habilitation Dept. is organized and real care is present for each individual served. The Work Services Department is my favorite because of the growth I see and the confidence as a participant takes ownership of their own job. I have seen other companies in the valley and Community Connections is absolutely and by far the very best. The training is exceptional and I am thank full to be here: Helping people help themselves. If you are reading this I would strongly advise people to come here for help with developmental challenges to receive the very best care and treated far better than I have seen other agencies. JS 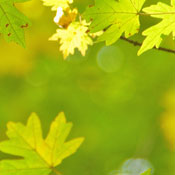 08/24/2013, 01:57 AM
STAY AWAY FROM THIS FRAUDULENT COMPANY. Tiffany Snelling steals from the community, participants and medicaid. She bills for services that were not provided for and then threatens jobs when she needs staff to lie on paper for her. How the company is still in business is beyond me. The Department should have shut them down years ago. She hires family members to help her lie and do fraudulent things because they will. My child's DS explained all of this to me before she quit because she would not falsify documentation. God is watching you Ms. Snelling. DO NOT CONSIDER THIS AGENCY. Autism mom

03/13/2013, 02:53 AM
@ Community V.......I’ve actually worked with and known this gentleman personally for many years and he is just the opposite of what you claim he is. He has always shown to be a great advocate for the participants they serve, is always upfront and honest with families, and is well respected among the DDA community. You claim that their business is hurting because of him? As a matter of fact since he’s been with CCI their business has more than quadrupled and referrals have never been higher, so I’m not sure where you are getting your information? To be honest it sounds like you are probably just a disgruntled ex-employee with a false identify just trying to defame and slander someone. And if you really are a “professional” then I honestly feel bad for the families, clients, and employees that you associate or come in contact with. Stop spreading lies and seriously, grow up!

03/05/2013, 03:19 AM
This is meant for whoever runs this company. You have the biggest dolt in the filed working for you and you do not even know it. I used to be a service coordinator for many years and I can tell you that I have many contacts with others who do the same thing. No one wants to work with you because of David. Haven’t you noticed that referrals to your company have significantly dropped off since you made him the face of your company? I know may service coordination companys who will no longer work with you because of David. He is known to everyone as a liar, an idiot, a boob, ignorant, and totally stupid. He is a habitual liar and no one out there trusts him because of this. He has no empathy or understanding, and it is clear that all he is is a wind up mouth piece who is following simple orders and does not have an individual thought in his tiny pea brain. Haven’t you figured out that everyone absolutely despises him and hates working with him and that’s why many simply choose not to and take their consumers elsewhere. Unfortunately for you, he is the best thing for your competitors out there as they benefit from services going to them because of David’s ignorance, arrogance, and total lack of brains. I haven’t done this work for a while, but I could not hold my tongue any longer and hope that someone would pull their head out of the sand and rid your company of this pariah who is single handedly ruining your company. I, like many others, used to like to work with you, but that has changed for the worse since you inflicted David upon us. Do your company a favor and either part ways with David or put him back in the closet where he belongs and where no one else will have to deal with him. Unfortunately I am being kind as I have far more unkind things, all true, that I could say and that are also shared by nearly everyone else out there who you rely on to bring you new business. I have said it, now it is up to you to do the right thing and get rid of this laughable moron. Remember, no one likes or wants to work with David because of all of his lies and damage he has caused, and that is why many are chosing not to. David is bad for your business, he is bad for the people who have to work with him, he is bad for this field, and he is the reason you are not getting as many referrals as you used to. David is absolutely the biggest blithering idiot I have ever encountered and he only knows how to lie, lie some more, tell a bigger lie, then make up a new lie to try and cover his tracks. He is an insult to your business.