20 people are looking at this business

Caña is a restaurant, cafe and lounge located right next to scenic Lake Merritt. The cafe serves coffee drinks and a small selection of Cubano sandwiches, salads and soups. Next door, the restaurant and lounge serves Cuban specialties like Ropa Vieja and Arroz con Pollo. On weekends, they host a brunch of Cuban as well as American favorites along with bottomless mimosas and live music in the afternoons. Sundays Caña calls "Sunday Funday" and has live salsa parties in the afternoon and evenings. 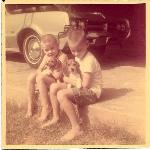 06/20/2012, 13:25 PM
Caribe @ Lake Merritt If you don't speak Spanish, just learn this one phrase: SANDWICH CUBANO. Caña does a great job putting together a delicious combo of ham, pork, cheese--and don't underestimate the importance of the pickle! I don't know where they get their bread, but it's perfect for this sandwich. I haven't tried their full menu, but if the other items are as good as the cubano, you will eat very well. The cafe section is a bit noisy--right on the 580 highway--but is perfect for a lunch spot. I look forward to trying the restaurant/lounge! 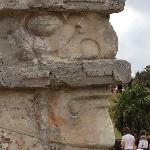 06/18/2012, 05:12 AM
A disappointment I was really looking forward to trying out this new Cuban parlor/restaurant in the Lake Merritt area. We need the variety in this neighborhood. I first tried it in its to-go counter. Ordered the empanadas and the pork dish. The food was good, but the prices I think was too much! It didn't seem to be good value for the money then. They finally opened the restaurant side months later and I always believe in second chances, so my partner and I went in for dinner. The atmosphere was ok, they were busy. We thought the place was loud, not from the music but from the noise of the different conversations. Hard to really talk over the table. Our waitress started out friendly enough and took our orders promptly. However, she made a mistake with my drink, instead of a berry Mojito, she gave me the standard, which would have been ok if the drink was any good at all! I was really shocked that their Mojito was not up to par. I have Cuban friends and they prepare this drink for us all the time and of course I got into a habit of ordering Mojitos from other places too. Cana's mojito is one of the worst I've tasted, sorry to say. We ordered several dishes including appetizers. One of the smaller dish also come along with the main entree'. Our waitress forgot to bring in the appetizer and when we inquired later, she said she thought we only ordered the entree with the side dish. We let that go, but the crazy thing was as we were finishing up, she brought in the first one that we ordered and made it sound like that she was giving up a "comp" so we can taste it anyway. Of course, we found out later that the "comp" was actually included in our bill. What? The food was nothing special. The service was ridiculous. Maybe stick with the to-go counter- if they ever have a half-off discount. 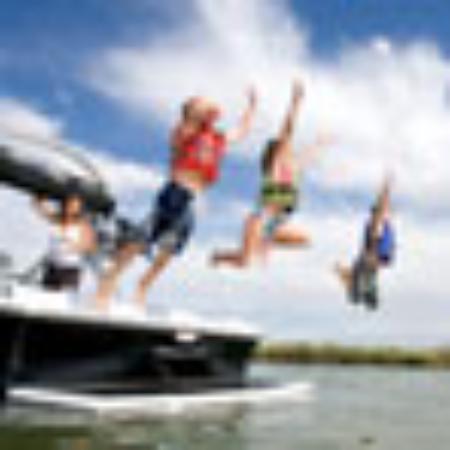 04/24/2012, 15:34 PM
Amazing!! This Cuban restaurant/bar/lounge is great. The music is great, they have live Cuban bands and amazing DJ's spinning the best Spanish music. It's very small and can get crowded however it's worth it. The ambiance is wonderful, a very happy place. Great location and love the crowd this place brings in. If you don't know how to salsa dance I'm sure by the end of the night you will. Thumbs up to the two gentlement who brought this sexy restaurant/bar/lounge to Oakland, CA. It gets crowded therefore waiting in line to get is worth it. I would like this restaurant to make more authentic Cuban food.

04/22/2012, 05:01 AM
Little Havana on the Lake Cana has been a great Cuban sandwich shop and now they have a wonderful dining room and bar next door squeezed into an historic storefront overlooking Splash Pad Park and Lake Merritt. The specialty drinks are unique, the imported beers are distinctive and the food is pure Cubano. Try the share-plates to start. Large tapas-style servings, these plates have a broad sampling of Cuban flavors. We love the castillitos - ribs; and the dungeness crab cakes with a sabroso dipping sauce. Every thing from the salad dressing to the serving staff have a pure cuban vibe. Warning: Cana is very popular, loud, crowded...and fun. Not for the uptight; but the clientele is cool, there is spontaneous dancing, live music and and all-around good time.