10 people are looking at this business

Here to Keep you Covered Here at Brian Creech Roofing LLC we are a member of the Better Business Bureau and carry an A+ rating.Fully insured roofing company for residential and commercial work. We hand nail all shingles and shingles are installed to manufacturers specifications.We install all types of roofing materials including shingles, metal roofs, and copper metal works for bay windows and edges.Brian Creech Roofing LLC has a standing seam metal machine capable of producing metal panels onsite We are also equipped with a Gutter Division that runs 5 and 6 inch seamless gutters.For a roofing company with honesty, integrity, and quality workmanship choose Brain Creech Roofing LLC. We are al

07/17/2020, 18:14 PM
Roof Terrible experience! Let me begin with I bought a 300k dollar house that just had a 65000 dollar remodel. Only thing left was the roof. Had the choice between many different companies but chose the most reputable in the area and paid premium money compared for that.. Showed the manager a spot that needed to be fixed and they got started. After 4 days the roof was finished. Time for the final walk through. Out of 7 lines of gutters 5 had damage. The garage door trim had been popped out by the ladder.The one spot I pointed out had not been addressed. The previous owners had just replaced the gutters and fascia on the house. The fascia had 5 different spots where the paint was now peeling back.Confirmed by someone who saw it was from laying shingles over the roof and they grab them which catch the corner seams and peel the paint back. Then 3 days after the roof was complete it rained. Low and behold water was entering upstairs in the attic space and running through the freshly painted garage ceiling and water dripping from the electrical outlet. Not to mention once it rained probably 100 nails washed down out of the gutters. The walk through took place on the June 26th. Told the lady who runs the office maybe The owner just needs to call me personally. Was told they would fix the gutters the spot they did not address and the garage where we now have water bubbles in the paint/Sheetrock. However on the fascia their excuse was whomever painted it did not use the right paint. Which is irrelevant to the roofers damaging the paint on the fascia. Well time went by and on 7/10 we finally had someone come and fix the spot they were supposed to address and did not. Spoke to The owner himself on 7/14.Finally on 7/15 the gutter guy came to replace the gutters. All looked good except one that was so crooked there was a inch gap under the shingles the other side then overlapped the shingles by an inch. At this point the quality of work was just not acceptable. So now the inside of the garage where the water entered had not been addressed but i am going to have someone I trust look at repairing it. The fascia the company deemed to not be there responsibility. Long story short 8500 dollars was paid for a company to put shingles on a house and damage other things that should have not been damaged. Anyone can take this review as they wish but me personally I would not recommend to family,friends or anyone for that matter. 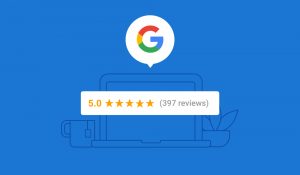