Named as one of the top salons to visit in Georgia by 101 Hairstyles Magazine, Bob Steele Salon desires to offer something new and unique to our metro-Atlanta clients. Whether you are looking to change your style completely or refresh your current style our team of experts look forward to serving you. Our exquisite salon, professional hair stylists, and products of uncompromising quality will ensure only the best results for any of your beauty needs.

02/09/2013, 05:08 AM
Jennifer at the Vinings location is amazing. I've gotten so many compliments about my cut and color. I was referred to her by a friend and I'm so grateful. The salon is also really nice and they are so accommodating. I definitely recommend this place!!!

11/27/2011, 12:32 PM
Love the Salon, miss my stylist!! – I love this beautiful salon! I always feel very welcomed and have had the most amazing experience there. I left the country for a couple of months for work, and now I am back and my favorite stylist is gone! I went to Kayla for years. She kept my hair in great condition and was so wonderful explaining all the product to me, and explaining how to use it! I miss her!!! I have been back to the salon since, and my stylist was very sweet, but she wasn't Kayla ! :( Is she coming back Bob Steele? A bunch of my friends went to see her too and said that she wasn't planning on leaving the salon before she had her baby, but she gave them a recommendation to see someone else at the salon when she decided to leave. Help Bob Steele!! Get her back, my hair just isn't the same without her!

08/30/2011, 21:03 PM
Great Salon! – I have been a client of Bob Steele for 7 years. I love getting my hair done there because its such a relaxing experience! The stylists are very knowledgeable about style, products, and making sure you are happy with your new style. The staff are all professional. The head massage during shampoo & hand massage are an extra plus. I always feel refreshed and beautiful when I leave.
Featured content

08/20/2011, 11:35 AM
NEVER AGAIN WILL I STEP FOOT IN THIS AWFUL SALON! – I used to really love Bob Steele salon until they suddenly let my favorite stylist go. The company does not treat their employees very fairly or with much respect. The entire feel of the salon has shifted to that of money-hungry owners. Perhaps new management is in order? In the meantime, I will never return to Bob Steele and am working vigorously to get the word out to everyone I know that they should do the same. BOYCOT BOB STEELE SALON!!! Management should keep in mind that the customers are just as invested in their stylists as the stylists are in them. It's not about the 4 walls of the salon-it's about the people. And my stylist was good people that the salon treated poorly. Good luck finding another gem like the one you just lost! AND FOR THOSE OF YOU OUT THERE LOOKING FOR MARY, HER EMAIL IS MARYDOESHAIR@GMAIL DOT COM. SHE HAS A MUCH BETTER THING GOING FOR HERSELF RIGHT NOW.
Business Response:

Dear Sunshine, Our sincerest apologies that Mary is no longer with us, we understand your frustration. We hope you understand that out of respect for Mary we cannot disclose any employee related situations. We can comment that we are disappointed and management did everything possible to continue our relationship. We must also disagree about your statement concerning our business ethics; you see no one wins when a great stylist leaves the salon. Having said that, being a stylist at Bob Steele Salon is about more than just having great technical skills; it's also about understanding and being aligned with our core values which are Caring, Community, Continuous Improvement, Award Winning and Having Fun. Hopefully you'll allow us to find an equally suited match for you in the future. We'll continue to do our best at following our mission: To provide caring, quality, professional services to our guest while maintaining a sustainable organization where we can help each other grow.

09/21/2009, 16:54 PM
Great Salon/Aveda Products – I love it when it's time to get my hair done at Bob Steele-Its such a tread. I always walk out feeling gorgeous and wishing my hair always looked this way. 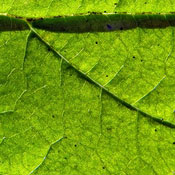 02/12/2009, 09:51 AM
BAD SERVICE - WORSE ATTITUDE! – I arrived for my 8:30 appointment and was told to be have a seat -- 15 minutes later and nada, I asked the lady at the desk whether my stylist was in and I was told since I arrived seven minutes late she "she had taken another client"....hmmm, well, that got me to thinking, at 8:30 am how could it be that "someone else was there waiting -- when I asked, the receptionist became very aggitated -- ok, fine -- so I left. When I called back to complain, I was told I didn't have an appointmrnt , even though we spoke the day before to confirm! You know what, there are just too many places to get a haircut than to have to put up with BAD SERVICE! I'll let ya know who I find!

02/03/2009, 17:03 PM
Hi - Does anyone know what happnened to Soni Nicholson? I really like her and wondering which other salon did she go to. Any help would be greatly appreciated. She left Bob Steele around October last year. Many thanks

01/24/2009, 11:47 AM
Name Brand Hair Style If you're looking for a name brand stylist cut then look no further. Here you are going to find professional cutters that will be there your next time around. If you're unsure then take a magazine cutout and your stylist will work with you for the best results. Very professional. Photograph ready hair cut for sure. With that comes a price so don't play sticker shock. Quality cost a few dollars more.